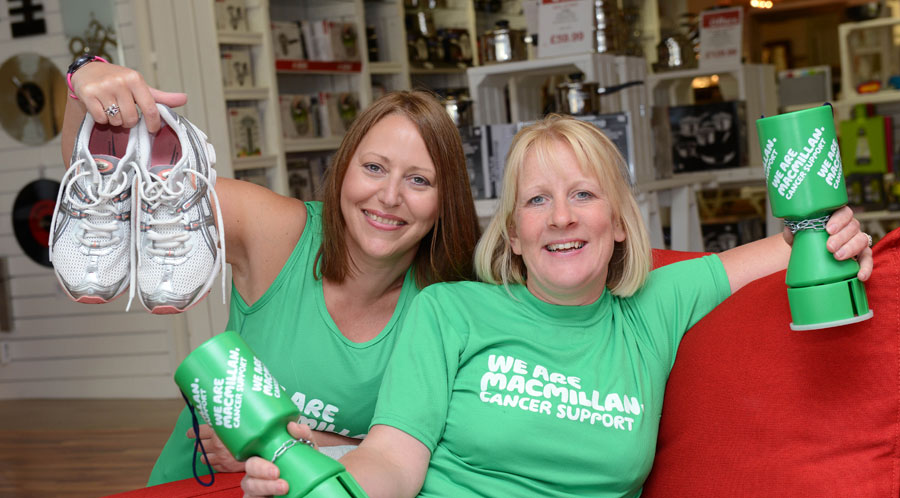 Training for the Shrewsbury Seven Bridges Road Race shouldn’t be too hard for Alan Ward’s Kathy Lesser – just walking around the store can clock up six miles a day.

The marketing manager at Shropshire’s largest independent furniture store has signed up for the Shrewsbury Seven Bridges 10k race on September 22 to raise funds for Macmillan Cancer Support in Shropshire.

The annual sporting event takes runners on a course across the seven bridges in the town, starting at The Quarry.

“I am a novice runner and only started pounding the roads in April but Helen Knight from Macmillan encouraged me to sign up for the race so I have a goal to work towards.

“I have already roped in some friends so hopefully there should be a few of us running,” said Miss Lesser, who works at the Ennerdale Road store in Harlescott, Shrewsbury.

She is hoping to raise at least £500 and will be calling on friends, work colleagues and Alan Ward’s suppliers to support her.

“It’s quite a challenge for me but I have had lots of support from Helen who is an experienced runner and I want to do my best for Macmillan as it’s a great charity,” said Miss Lesser.

“I try to train outdoors at least three times a week. I have been told that our furniture showroom is so big, some sales staff have worn pedometers and clocked up six miles in a day, and so I am tempted to put on my trainers to do a few laps at work.”

Helen Knight, fundraising manager for Shropshire, said she was thrilled Miss Lesser was putting on her trainers to take up the challenge.

She said: “On behalf of Macmillan within Shropshire, I would like to congratulate Kathy on taking on this local challenge and also thank her for her support.

“I appreciate that this will be a great personal achievement for her.

“Currently there are around two million people living with cancer in the UK.

“By 2030, this figure will have increased to four million, and so it’s vital that we raise more money so we can reach and improve the lives of everyone affected by cancer.

“Macmillan Cancer Support provides medical, emotional, financial and practical support to people affected by cancer and their friends and families.

“However, we’re currently only reaching one in three of those people and we want to reach everyone. Ninety-seven per cent of Macmillan’s income comes from voluntary sources.”