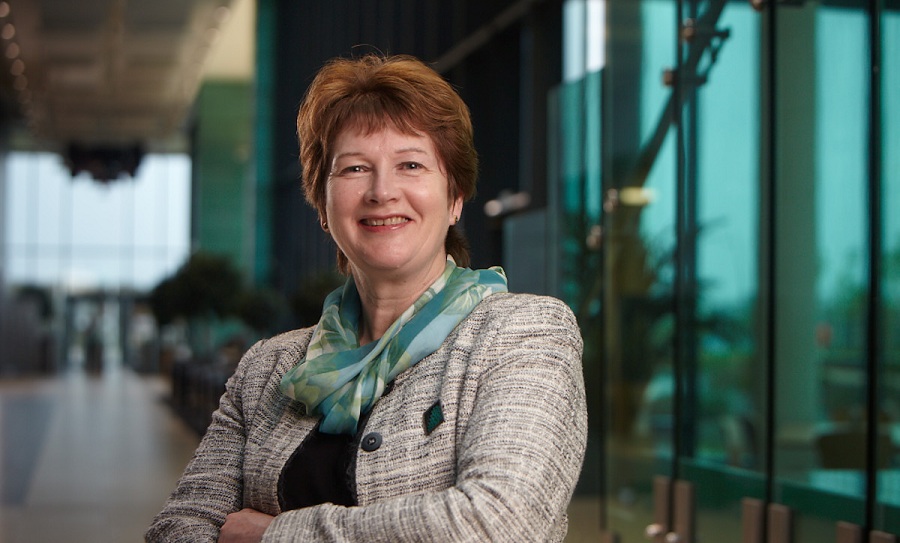 The operations director of the pioneering Manufacturing Technology Centre in Coventry has been shortlisted for a top national award which recognises women in industry.

Leigh Carnes has been shortlisted for the 2013 First Women of Manufacturing Award organised by Real Business and supported by the Lloyds Banking Group and the CBI.

The accolade recognises her contribution to the rapid development of the £40 million centre which is already hitting its 2018 targets. She is also recognised for taking forward the MTC’s expansion plans and her dedication to helping drive the growth of UK manufacturing GDP.

Before joining the MTC, Leigh Carnes was part of the senior management team at Tata’s product development centre. She worked at the Tata Motors European Technical Centre and also gained extensive international experience working for Tata in India, championing the role of female engineers in the Tata organisation.

She studied at Loughborough University, gaining a first class honours degree and an MBA.

Manufacturing Technology Centre chief executive Clive Hickman said Leigh had been instrumental in the spectacular growth of the MTC and was passionate about the role of manufacturing in the UK.

“In the financial year just ended, the MTC turned over more than £16 million and generated profits which were twice as high as projected. We have exceeded targets in our 2018 and 2020 business plans. In addition we have been able to recruit more than 160 employees in the last two years, while at the same time establishing a graduate recruitment and development programme and an apprenticeship programme. Leigh has been integral to the development of all this capability which would not have been possible without her drive, determination and commitment,” he said.

He added, “Our growth in membership to the current level of 52 members, our fast-developing apprenticeship and graduate schemes owe a great deal to Leigh, who is passionate about the need to raise awareness of engineering and manufacturing as a desirable career for youngsters to consider, and one which can make a real difference

Leigh Carnes is one of five women on the shortlist, which includes Judith Hackett, chair of the Health and Safety Executive and Jacqui Miller, global sales and marketing director of Miller International.

The awards will be presented at the London Marriott Hotel in Grosvenor Square in June at an event hosted by broadcaster Clare Balding.

In addition to the Lloyds Banking Group and the CBI, other supporters of the awards include Accenture, Centrica, the Institute of Mechanical Engineers, ICAEW and Jaguar Land Rover.

The Manufacturing Technology Centre opened in 2011 following a £40 million investment. It is a partnership between some of the UK’s major global manufacturers and three forward-thinking universities: Birmingham, Nottingham and Loughborough as well as TWI Ltd, the operating division of The Welding Institute.

The MTC aims to provide a competitive environment to bridge the gap between university-based research and the development of innovative manufacturing solutions, in line with the Government’s manufacturing strategy. The MTC is part of the High Value Manufacturing Catapult which is supported by the Technology Strategy Board.

The areas of MTC’s technology focus are appropriate to both large and small companies and are applicable across industry sectors.