They are the ‘superheroes’ of the business world – jumping in often at short notice to steer companies to safety or deliver a difficult project.

And on April 25 they came together to crown the best of the best as the inaugural ‘Wessex 100 Awards’ took place.

The awards, run by the Wessex 100 network, celebrated the best of the interim management profession and aimed to raise awareness of the importance of it within business.

Interim managers are typically brought in to deliver important projects at short notice, take over when there is a gap in leadership or guide a company through a period of change or crisis.

Thursday’s event at Lainston House hotel near Winchester saw six interim managers recognised as finalists or winners and two companies recognised for their contribution to the industry. The winners and runners up were:

Innovation and Foundation Award in recognition of contribution – RSM Tenon, based in Chandler’s Ford

Innovation and Foundation Award in recognition of contribution – Intramezzo Ltd, based in London

Dermot Hill, organiser of the awards, says he decided to host the ceremony to shout about the high level of talent of interim managers across the Wessex region, as well as the UK.

He said: “Often the work of an interim manager is kept under the radar, which is why we don’t often get to hear the incredible success stories that are out there. This inaugural event gave the talented individuals, or ‘superheroes’, behind those stories, the recognition they deserve. It was a great success, so much so that we are already looking at planning for next year’s event.”

Awards Presenter at the event Simon Drake, from the Interim Management Association added: “These awards are important to raise the profile of interim management in the Wessex region and the UK. It is a fantastic platform to showcase the level of work that is being done and the Wessex region certainly has reason to be proud of the talent it holds. A big congratulations to all of tonight’s nominees, finalists and winners.”

To find out more about interim management or the Wessex 100 network visit www.wessex100.org. 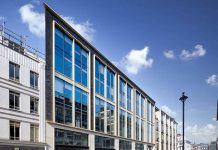