Further falls in the property investment market are reported by property consultants Vickery Holman for the third quarter of 2011.

The UK economy has been out of recession for 2 years but as Mervin King, the Governor of the Bank of England, stated in his speech at Exeter University in 2009 – “the road to recovery will be long, painful and growth is not guaranteed”.  He also stated the Nation will be paying for this crisis for a generation.

The commercial property investment market rebounded quickly from the alarming falls in value at the end of 2008/early 2009, with prime yields regaining a lot but certainly not all of the losses by the end of 2009.

The market then plateauxed for 18 months, notable only for the lack of transactions due to the gap between vendors aspirations and the deals purchasers require to part with their cash. The continuing poor economic outlook and threat of interest rate rises has however forced vendors over the past 6 months to recognise and accept the fall in values in the knowledge that there is not going to be any quick-fix.

Consequently, in the last six months we have seen an increase in transactions as investors switch to property being a safer haven than the stock market and better returns than a savings account.

The increase in supply has however caused yields to move out and hence values to fall further in the last quarter.  There are now some very attractive opportunities in the market and the Vickery Holman January Predications of a busy end to 2011 are becoming a reality.

The lending institutions and their existing loan books will have a large part to play on where values go over the next 12 months as they tackle their debt issues and start to put pressure on owners, particularly those that are interest only loans.
The appetite for properties that are not prime remains lukewarm with prices remaining low for poor quality properties on short leases with a high degree of risk, which investors find hard to finance.  For those with cash in their pockets, this part of the market is capable of providing returns well in to double figures.

The words ‘location, location, location’ have never been more important and to this you can add quality of building.  With these you will attract a secure income in what remains a difficult occupier market. 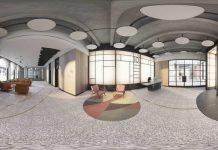 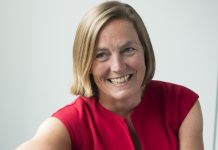