Clowes Developments’ Forbes Park Scheme in Long Eaton, where agents Tim Gilbertson of FHP Property Consultants and Richard Sutton of NG Chartered Surveyors have acted on their behalf, can be considered nothing but an unmitigated success.

Formerly the home to a substantial manufacturing complex, the 6.5 acre site was initially fully remediated by contractors for the scheme, Roe Developments, and then a carefully planned and executed development of small to large industrial and warehouse units, augmented by trade counter facilities and roadside retail was carefully crafted and implemented, designed by Ben Hall of IMA Architects and once the agents had quickly found occupiers, leases and freehold sales were documented by Heather Dixon of Geldards.

With many units put under offer before and then during the construction phase, disposal of the opportunities could not have been swifter and just before the end of 2022 the final unit of over 26,000 sq ft was delivered to the last local occupier to enable their relocation and expansion.

The finished scheme sees over 78,000 sq ft built and developed on the park and all involved on behalf of Clowes Developments are delighted with the success of this scheme.

This is not the end of similar size development for Clowes in the region as pleasingly the developers, together with their agency, architectural and legal team, are now rolling forward and starting to progress the marketing and development of Stud Brook Business Park at Castle Donington, merely a few miles drive away.

Occupying a fantastic location on the new Castle Donington bypass, therefore providing access to the A50 within moments and similarly literally within sight of East Midlands Airport and therefore moments away again from the M1 motorway, already interest is strong in this scheme with a number of pre-lets already in place. 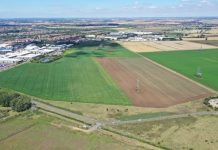 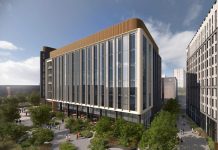