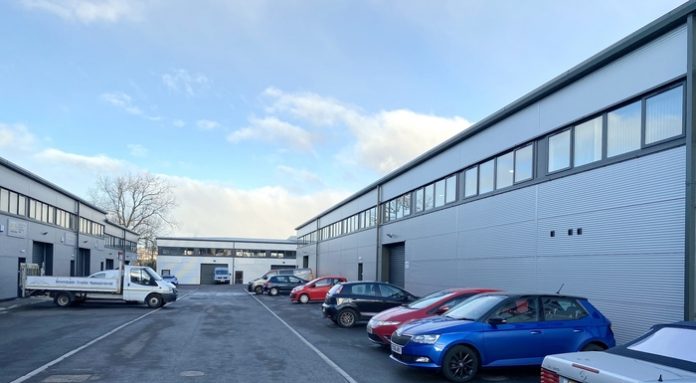 All 42 new industrial units constructed at Atlantic Business Park in Barry have now been sold.

The units at the Atlantic Business Park development have been speculatively built to create 60,000 sq ft of industrial accommodation in six terraces for sale to local businesses. It is the brainchild of Andy Ismail of Dawan Developments, who was also responsible for the nearby Atlantic Point Business Park on a two-acre plot of land on Wimbourne Road at Barry Docks.

Property consultancy Knight Frank advised in the development and marketing of the units. Emily Wilson, from Knight Frank’s Logistics and Industrial team in Cardiff, said: “Atlantic Business Park is a major success story, which is down to Andy’s far-sighted vision to build for sale quality units which make great investments for local companies seeking to grow in the town.

“The units bring much needed additional capacity to Barry.”

While most of the units were sold to smaller local businesses, international identification products manufacturer Brady Corporation purchased and combined seven of the units in a single deal to create a 10,000 sq ft industrial unit that has enabled the company to remain in Barry after it became necessary to leave its premises on Barry Docks.

Developer Andy Ismail said: “I am delighted that our business park has helped meet the demand from local businesses for premises that they can buy to house their growing companies. I am now progressing with plans to roll out a similar scheme at Waterton Park, Bridgend at the next year.”