Real estate transactions in Europe are becoming more complex. This is the conclusion reached by a study conducted by Drooms, a leading provider of digital platforms for real estate assets in Europe. In the study, the company evaluated more than 4,000 transactions that took place between 2019 and 2022 as well as surveying around 170 real estate experts in Europe.

The study shows that the length of time taken to carry out a commercial property transaction from bidding process to completion has drastically increased. While in 2019, the number of days from the opening of a transaction data room until the closure of the transaction totalled just 165, this figure had shot up to 258 days in H1 2022 – a rise of 58 percent. What is particularly striking is that the transaction length went up exponentially by 33 percent between 2019 and 2020.

Alexandre Grellier, CEO and Co-founder of Drooms, explains: “This shows clearly that the time needed for real estate transactions is on the increase. This effect can be explained partially by delays resulting from the coronavirus pandemic and the general economic situation. However, we believe that the increasing number of regulations, for example in the ESG area, are another reason for longer transaction lengths. At the same time, transaction activity dropped sharply at the start of the pandemic. However, our study shows that the market is optimistic, at least in the longer term.”

Despite the uncertainty, over a third of real estate professionals plan to expand international investments

Despite the uncertainty surrounding interest rate increases, the Ukraine conflict and inflation, the market appears optimistic overall. Over a third (36 percent) of the experts surveyed by Drooms are planning to expand their investments into international real estate markets. Approximately 47 percent plan to invest about as much as they did previously, while only 17 percent are aiming to reduce their activities. German businesses appear to be more cautious: nearly 20 percent of those surveyed are planning to reduce their investment activities, 23 percent plan to expand them and 58 percent aim to invest about as much as in the previous year. Meanwhile, capital investors from the UK see opportunities – and here, as many as 82 percent of survey participants plan to expand their international business. The majority (64 percent) of French real estate professionals also want to invest more internationally. The Spaniards appear to be relatively undecided, with 42 percent aiming to become more active at an international level and 46 percent planning to invest about as much as they did previously.

Grellier explains: “Although the current circumstances are placing a strain on the transaction market, international real estate investments are at a premium. This means that there are opportunities for increased returns on investments as well as diversification potential. Most German investors are aiming to cut back on their international investments, but this could also be due to the strong domestic market.”

Fragmented regulations are the main challenge to international investments

According to 47 percent of respondents, the reasons for reticence when it comes to transnational real estate investments are the target markets’ country-specific and fragmented regulations, while for 28 percent, the lack of market access and market knowledge both play an important role.

As Grellier explains: “The European Union is not as unified as it seems. Regulations are enshrined in national law differently in each country. Not all market players are aware of this. This is why transparency in the transaction process with regard to the documentation and the real estate data are crucial in order to quickly meet all the regulatory requirements. Not meeting these requirements can lose you time and money. Digital solutions for document and transaction management can significantly reduce this risk.”

The Americans, Germans and Brits are the main drivers of the European real estate market

According to the survey, the Germans (51 percent), Americans (26 percent) and Brits (23 percent) are the main drivers of the European real estate market. The markets in Europe are generally positioned well for international real estate transactions. In the UK, nearly 30 percent of respondents stated that foreign investors were the most influential in the market. In France, this figure stood at 46 percent, while in Germany it was 31 percent. Based on the survey, Spain appears to be one of the most international markets in Europe, with 73 percent of respondents listing foreign investors as being the strongest drivers.

The survey also revealed that the markets in the DACH region (German, Austria and Switzerland) and the UK were the most attractive for capital investors at 52 percent and 26 percent respectively. However, 21 percent of respondents also see significant potential in the CEE region (Central and Eastern Europe).

Logistics and residential in demand, offices up and coming

According to the real estate professionals surveyed, the logistics and residential asset classes are at a premium at 34 percent and 27 percent respectively. This is where investors see the biggest investment opportunities due to the secure cashflows and controllable risks. A focus also remains on offices (16 percent), despite many employees working from home. 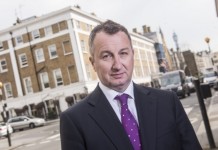 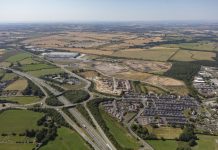 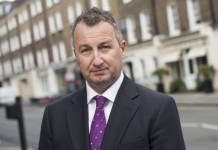