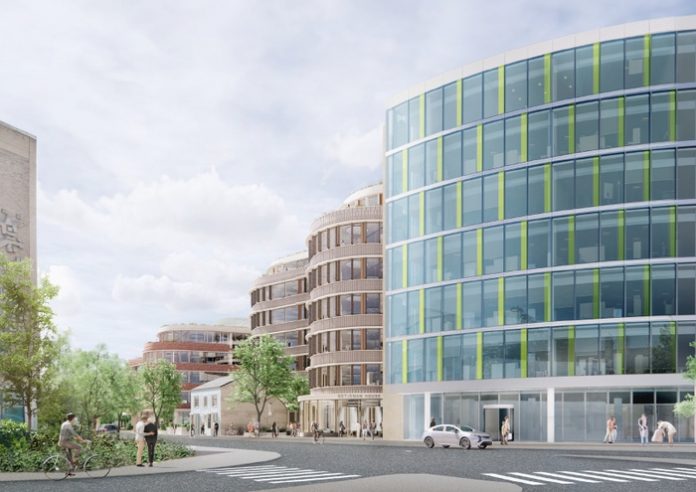 Railpen, the investment manager responsible for the safekeeping and administration of over £37 billion AUM for several pension schemes, has purchased the 309,000 sq ft office development in the heart of Cambridge from Pace Investments. One of Cambridge’s prime developments, Botanic Place is positioned in a key strategic location, midway between the train station and the main area of the University. The development comprises Botanic House, completed by Pace in 2013, which is fully occupied and two new proposed office blocks that will be developed by Railpen.

Botanic Place will add to Railpen’s already extensive ownership in Cambridge and embody its commitment to sustainability. Named after nearby Cambridge University Botanic Garden, which can be viewed from the offices, the buildings’ quality and specification will be market defining. They are also set to be the best-in-class sustainable offices in the city, with architects AHMM designing them to achieve BREEAM Outstanding, WELL and Wired Scored ‘Platinum’ ratings.

Addressing the unprecedented demand from occupiers for premium offices, the new buildings will boast large floorplates, a unique feature in the Cambridge market, increasing their appeal to bigger organisations seeking an entire building. Flexibility has been incorporated into the design, with floors capable of sub-division to facilitate multiple-occupancy and sub-letting.

A number of the office floors will also include a unique feature: private terraces, with outdoor space increasingly sought by occupiers seeking to create employee-focused working environments, enhancing overall wellbeing. Further adding to Botanic Place’s desirability will be a complementary F&B and retail offer, including the preserved and improved Flying Pig public House, that will serve the new local and working community created by the scale and critical mass of the development.

Anna Rule, Head of Real Assets at Railpen, said: “Botanic Place exemplifies Railpen’s two strategic objectives: to create clusters of prime assets in markets with strong demand from high growth sectors of the economy and, within those clusters, for our assets to set the standard for the future. Cambridge, and this asset specifically, meet these criteria and reflect our belief that ESG and financial outcomes are interdependent.”

Johnny Vincent CEO at Pace Investments, commented: “We have assembled this site over a long period of time and achieved a planning consent for a campus that enables the talent in Cambridge to enjoy a city centre location in a truly sustainable facility. I am delighted that Railpen shares this vision and we look forward to working together on this important Cambridge site“.

Richard van Lente, Senior Asset and Development Manager at Railpen, added: “Botanic Place’s location, scale and environmental standards will make it the number one office address in Cambridge. That will translate into higher rents and better leasing terms, driving performance for our members across our whole Cambridge estate. This is a flagship asset for Railpen and the centre point of our growing ownership in the Oxford-Cambridge Arc.”

Botanic Place joins Railpen’s Devonshire Gardens development in Cambridge, which was granted planning consent recently, and its purchase of Eastpoint Business Park in Oxford last month. Together, they create a portfolio of prime assets in the most significant economic corridor in the UK.

Gerald Eve acted for Railpen. Stone RE, Bidwells, Savills and Wedlake Bell (solicitors) represented Pace. Pace and Stone RE are appointed as advisors to the Railpen project board. 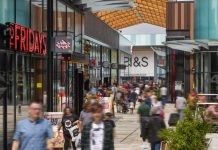 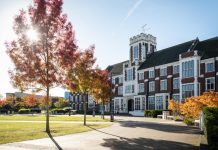