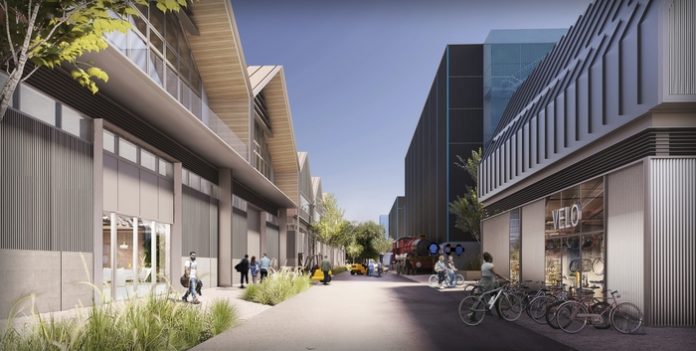 WilkinsonEyre, the architects behind major British developments including the London Liverpool St Station for the Elizabeth line and the redevelopment of Battersea Power Station (London) as well as international cultural projects; Hong Kong State Theatre and the Cooled Conservatories at Gardens by the Bay (Singapore), have designed a new state-of-the-art film studio in Marlow, Buckinghamshire. Futher strengthening Buckinghamshire as the home for British film, a detailed planning application was recently submitted for the 167,800 square metre production facility, known as Marlow Film Studios.

With the global entertainment and media revenue expected to increase to $2.6tn in 2025 (from $2tn in 2020), Marlow Film Studios will transform a former land infill site into a leading global film production campus, serving to the growing international film market’s needs.

Marlow Film Studios looks to offer a model for the film industry that serves as a reference for future developments. The design of the buildings, the energy strategy, the role of landscape and biodiversity as an integral element of the masterplan, have all been designed with the ambition to provide a cutting edge, sustainable film and high-end TV purpose-built campus.

The Studios is set to become a leading global film production campus that matches the growing international film market needs creating an estimated 4,180 jobs for the local community together with inward economic benefits. Marlow Film Studios is committed to producing a best-in-class employment and skills programme, establishing the Marlow Film Studios Culture and Skills Academy on site. The academy will provide a space to bring the creative industries closer to Marlow’s community with an extensive programme of educational and cultural events.

As well as providing employment opportunities across a range of sectors, more than a quarter of the site will be made available for recreation and enhanced wildlife habitats.

Marlow Film Studios contains two film production clusters, made up of a combination of soundstages, workshops and offices. Each cluster is designed to accommodate a blockbuster production for the duration of preparation, pre-production and shoot. The capacity to take three of the biggest global film productions a year means that the Studios will be a dynamic place, focusing on excellence and outstanding talent. A central studio hub of distinctive design provides a focus for the site and houses screening rooms, exhibition space, a café, restaurants and office accommodation.

The production units consist of a range of single storey, large volume sound stages with the smaller, supporting workshops and offices strategically positioned around them to help screen the larger stages.

Designed to complement the existing landscape, the soundstages will have varying heights, and with careful use of the site topography the accommodation will layer in the landscape. The proposed materials used are visually recessive when seen from afar, and all soundstages will have green living roofs, with some having green walls.

The design has sought to soften the very rectilinear arrangement where possible by introducing curves into the arrangement of the buildings particularly along the public right of way – creating the appearance of organic growth for the development in the townscape tradition. The proposed designs have adopted pitched roof forms for many of the offices and workshops, to act as a geometric counterpoint to the rectilinear sound stages – helping to reduce the perceived scale of the buildings and giving a more organic feel.

Oliver Tyler, Director at WilkinsonEyre, said: “Marlow presents us with the opportunity to re-imagine the studio environment as a place that puts the production teams and individuals at the heart of the planning. Our proposals for clusters of related buildings will bring all the facilities needed for a production into close proximity, engendering a creative and productive unit base.

The general arrangement of the studios as a carefully considered piece of ‘urban realm’ and the provision of a central hub for special functions – screenings, visitor facilities and HQ will give Marlow Studios a clear identity and community feel. Particular care is taken to soften the edges of the site to respect the sensitive context and make a positive contribution to the town.”

Robert Laycock, CEO at Marlow Film Studios, said: “Assembling a best-in-class team of creatives to help design this world class facility and putting crew and community at the heart of our proposal is what sets us apart. As the UK production industry grapples with the lack of studio space, Marlow Film Studios will become an exceptional new destination in Buckinghamshire for producers of globally significant film and TV.”

Wilkinson Eyre were part of an experienced and talented multi-disciplinary team that also included Prior+Partners and Gillespies. 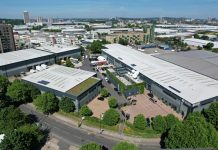 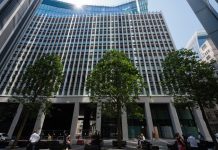