Commercial director Paul Evans and operations director Andy Day take over from David Shearer, who retired as managing director of HFD Construction in April after 16 years with the company.

Paul has more than 30 years’ experience in the sector and has previously held roles at global construction consultancy Soben, ENGIE’s regeneration division and Morgan Sindall. Initially trained as a quantity surveyor, Paul has managed the construction of major builds including Police Scotland’s offices at the Riverside East development in Dalmarnock, and several schools in the South Lanarkshire area.

Andy joins HFD from tier 1 contractor Ogilvie Construction, where he was construction director, responsible for a team of 80. His experience includes previous positions with Robertson Construction, Bancon Construction and Graham Construction including projects such as Edinburgh College’s Granton Campus (formerly Edinburgh Telford College), the Scottish Crime Campus at Gartcosh and student accommodation at the University of Salford.

Both Paul and Andy are members of the Chartered Institute of Building and will spearhead HFD’s construction division, which is responsible for the delivery of the group’s construction programmes. To date, HFD construction has completed a total of 2.8 million sq. ft. of commercial property, most recently including its flagship fully electric office development at 177 Bothwell Street in Glasgow.

HFD was responsible for Scotland’s first a ‘A’ rated EPC building in 2008 and sustainable construction remains a key driver of each project across the commercial, industrial and retail property sectors.

William Hill, CEO of HFD Group, said: “It’s a crucial time for our construction business as the development at 177 Bothwell Street nears completion and we get ready to hand the keys over to the new occupiers and landlord. David was an integral part of our business for many years and we wish him all the best in retirement. Paul and Andy will bring a wealth of experience to current and future projects, having worked with major contractors and construction companies in their careers so far.”

Paul Evans added: “HFD has a great track record in delivering outstanding, sustainable buildings and I’m excited to be a part of the construction division’s future. As well as growing and developing the team, my focus will be nurturing relationships with supply chain partners and contractors that can help us to deliver future large-scale projects.”

Andy Day commented: “As a major player in the Scottish property landscape, HFD has ambitious plans and I’m looking forward to playing a key role in the delivery of future projects that focus on low-carbon, sustainable construction.” 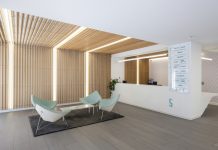 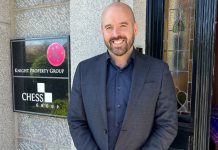