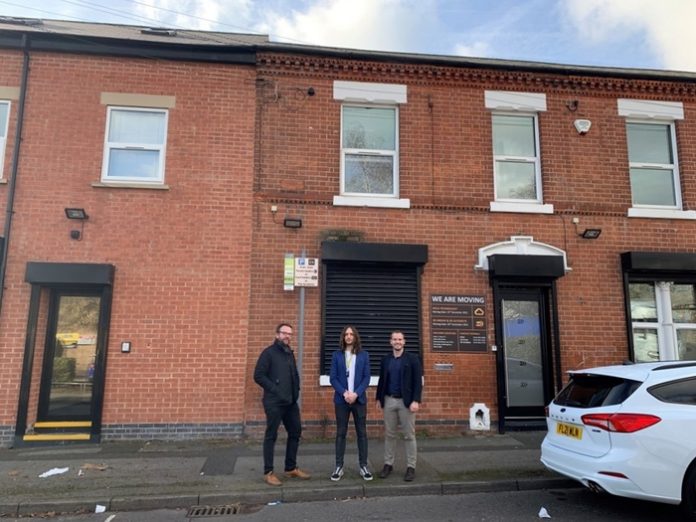 Anthony Barrowcliffe of FHP has announced the sale of Clarence Street in Sneinton to Nottingham Mencap. The property comprised two buildings which had been combined and were set over three floors.

The building was used by the 3D Group UK for storage, manufacturing and distribution on the ground floor and offices/meeting rooms on the first and second floors alongside staff welfare facilities throughout. The property was in two distinct parts following extensive renovation and upgrading works in 2014/2015 when the property was merged seamlessly to provide attractive storage and office space. The specification was superb in every way with custom made staircases, air conditioning, roof terraces, full commercial canteen, changing rooms, bi-folding doors, I could go on . . .

Nottingham Mencap, the purchasers, are a self-funded Nottinghamshire charity which was founded in 1950 by a small group of parents who united to establish the right for their disabled children to live independent lives and have the same opportunities as everyone else. Helping those living with learning difficulties and autism Nottingham Mencap provide a supportive and welcoming space within their community to enable them to develop and maintain relationships and develop skills needed to live healthy, safe and fulfilling lives.

“When I first met the 3D Group UK and they showed me around the property it blew me away in terms of internal fit out, specification, quality and the high standard of finishings throughout. No expense was spared in what they thought was their forever home. Every inch of the building was utilised and bursting at the seams and reluctantly the 3D Group UK were having to relocate due to their incredible expansion and outgrowing this space.

This was a great transaction to be involved with, in an area I am very active in and believe is up and coming for industrial, office and residential property.”