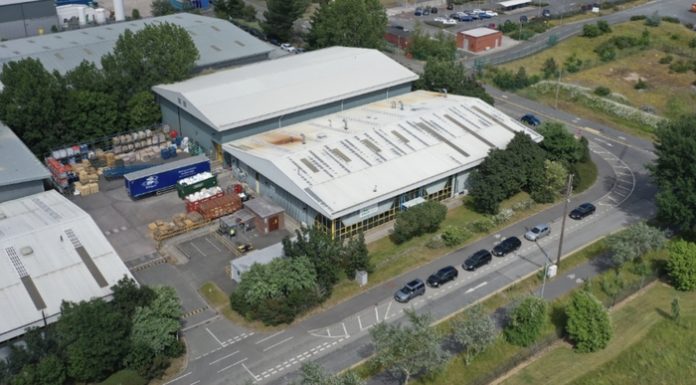 A north Wales industrial unit has changed hands in a £1.9million investment deal – the latest in a multi-million pound series of deals overseen by award-winning commercial property agency Bromwich Hardy.

Bromwich Hardy founding partner Tom Bromwich said the new deal – for a 1.46 acre site on Deeside Industrial Park – had taken his client’s portfolio of investment properties to 15 separate sites worth a combined £35million.

Tom said £25million of the investments had been concluded in the last three years with eight acquisitions totalling £15million sealed in the last ten months, all through Bromwich Hardy.

Tom said his client, who did not want to be named, had now acquired properties right across the country financed by cash at the bank rather than any borrowing, and was delighted with the latest deal for Unit 110 on Tenth Avenue in Zone 3 of the park.

“This is another excellent deal for all the parties. The site is occupied by packaging experts Saica Flex UK on a long lease and is excellently situated on the Wales/England border close to Chester and Merseyside.

“The industrial space runs to around 24,000 sq ft and we anticipate a yield of approximately 6.17 per cent on the investment with a passing rent of £120,000.

“Our client has now put together a portfolio of properties worth some £30million over the last six years and we have been delighted to help him with each of the deals. It shows that real strength still remains in the investment market for high-quality properties located in the right places and with the right tenants.

“We look forward to being able to conclude still more deals of a similar nature in the next few months.”