In spite of the reservations of many whether the Olympics should have gone ahead at all this year, the event seems to have risen to the occasion, writes David Little, a Partner in Bishop & Sewell’s Corporate and Commercial team.

In fact for sports lovers August this year is full to bursting with treats: the finale of the British Lions rugby tour to South Africa; The Hundred – cricket’s experiment with a shortened version of the game; a five Test match series England v India and soon the football season is starting again, too.

Perhaps there was an inevitability that China should top the medals table at the Olympics.

China is also currently excelling at wealth creation, according to a report in IFA magazine which analysed the Forbes’ 2020 World’s Billionaires List. Beijing is home to more billionaires than any other city in the world.

Forbes highlights China’s new class of super-wealthy female entrepreneurs. 67 of the 234 women on the Forbes’ list of 2,095 billionaires are considered self-made. Almost half of those hail from China and Hong Kong, specialising in industries including pharma, venture capital, tech, food, manufacturing and retail.

August is also known as the ‘silly season’ for news.

As it’s a holiday month for many – including journalists – odd stories tend to appear which otherwise wouldn’t be covered. However, it’s also possible for more substantial stories to slip through the net, which is perhaps why this story hasn’t received as much air time as it might.

According to an article here in FT Adviser the Financial Conduct Authority’s 4,200 staff have apparently ‘misplaced’ 323 electronic devices, mostly mobiles or laptops, in the last three years, according to a Freedom of Information request. I calculate that to be 3.23% of their workforce.

So far, so careless.

I’m assuming here that the FCA as an agency of government is just like other arms length bodies or Civil Service departments. So the FCA is no more likely to be a victim of misplaced electronic devices than any other public authority. If you extrapolate those figures across the whole of the Civil Service i.e. 456,410 employees (according to Wikipedia), multiply this by 3.23% that gives a potential total for electronic devices ‘lost or stolen’ figure of 14,742.

The value of the devices is probably only £1.179 million, at say £80 each. But consider the potential for data security breaches…

A quick look at the website of the Information Commissioner’s Office reveals that the ICO has the power to impose fines of up to £17.5 million, or 4% of an organisation’s total worldwide annual turnover, whichever is higher.

August, perhaps we should rename it the scary month? 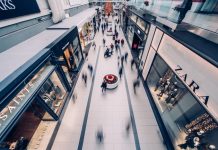