Encompasses the design, construction, financing, operations and maintenance of 12 km of the existing roadway (upgraded) and 47 km of new dual carriageway including two significant river crossings. The final section of the road opened in 2019 and the concession runs until 2047. The project was developed in compliance with strict EU environmental legislation and has reduced congestion in Aberdeen by approximately 46% and HGV traffic on local routes by approximately 55%. Availability payments are received from the Scottish Ministers. The completion of this acquisition is subject to final funder clearance, which is expected imminently.

Consists of the design, construction, financing and maintenance of a 206-bed acute mental health facility and community hospital in Irvine, North Ayrshire, Scotland. The hospital became operational in 2016 and the concession runs until 2041. The facility has significantly increased the availability of and access to mental health services and treatment in the region. The facility was awarded a BREEAM* rating of Very Good and is equipped with low or zero carbon heating and power technology. Availability payments are received from the Ayrshire and Arran Health Board and is backed by the Scottish Government. The completion of this acquisition occurred on 6 July 2021.

Consists of the design, construction, financing, maintenance and rehabilitation of 16 new community fire stations in the North West of England located at various sites in Merseyside (7), Lancashire (4) and Cumbria (5). The facilities became fully operational in 2013 and the concession runs until 2038. The facilities play an integral role in delivering fire safety and protection to more than 500,000 people in the local communities. The facilities were awarded a BREEAM rating of Very Good and sustainability measures have been integrated into the buildings. Availability payments are received from the Cumbria County Council, Lancashire Combined Fire Authority and Merseyside Fire and Rescue Authority. The completion of this acquisition occurred on 6 July 2021.

The purchase price for the three investments is confidential at this time. The consideration for the interests is being funded from drawing upon the Company’s new £230 million corporate revolving credit facility, announced on 1 June 2021 and existing cash resources.

Following completion, BBGI will own a globally diversified portfolio of 54 infrastructure investments in the transport, healthcare, education, blue light (i.e. fire and police stations) and other services sectors which are geographically located in Australia, Canada, Continental Europe, the UK and the US. The Company seeks to limit and reduce investment risk where possible, with the current portfolio benefitting from 100% availability-based assets of which 99% are operational. The Company also maintains a diversified supply chain in regard to facilities management and operational and maintenance contractors.

“We are delighted to invest in these high-quality, availability-based social infrastructure assets in the UK with strong ESG credentials. Our strategy is to remain disciplined and selective in our approach to acquisition opportunities by only investing in availability-based assets that also align with our ESG principles, and not in higher risk infrastructure asset classes.” 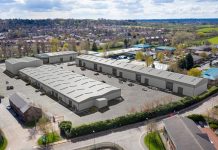 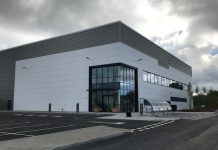 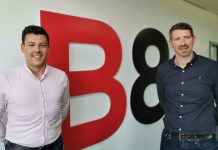