Around £2.6 billion was invested into UK commercial property in May, a slight decrease on the previous month, but more than twice the corresponding 2020 figure of £1.2 billion, according to Colliers.

The global real estate firm’s May Property Snapshot notes investment trends showed continuing strong interest in industrial assets, while interest in offices and leisure was limited. However, shopping centres had their second best month since the start of 2020.

John Knowles, head of National Capital Markets at Colliers, commented that while overseas investors such as Union Investment and Blackstone remained acquisitive, investors were extending their focus into the regions.

“Investors are increasingly looking at assets outside of London, and in May only one of the ten largest single-asset deals was located in the capital,” he said.

Industrial investment volumes rose from £636 million in April to £918 million in May, with the sector accounting for over a third of all activity by value and a number of assets trading at below or around four per cent net initial yield.

May’s largest industrial investment deal was the sale of the Albion portfolio to Blackstone for £282.5 million, comprising over three million sq ft of space across more than 30 industrial assets, and reflecting a net initial yield of around six per cent according to market evidence. The next largest deals were W P Carey and Co’s purchase of the Jaguar Land Rover warehouse in Solihull for £141 million and NFU Mutual Insurance financing of six speculative warehouses across the East Midlands for a combined £100 million.

Retail investment was muted during May, with just £221 million deployed in the sector. This was the weakest monthly figure since last April, in stark contrast to the 2020 monthly average of £430m. Only a couple of smaller supermarkets traded during the month while unit shop and warehouse activity was also limited.

The largest retail deal of the month was Ardent Companies UK’s purchase of the 650,000 sq ft Touchwood shopping centre in Solihull for £90 million at 10 per cent initial yield, representing this year’s largest shopping centre transaction so far and contributing significantly to the second best month for shopping centres since the start of 2020. Elsewhere, Knight Frank IM acquired Beacon Retail Park in Milton Keynes for £23 million at 7.38 per cent initial yield, and an undisclosed investor bought a B&Q warehouse in East Kilbride for £19 million.

The leisure and alternative/mixed-use segments attracted a combined £700 million in May, down from just over £1 billion in April. The student accommodation sector accounted for £494 million, led by the sale of Birmingham’s Soho Wharf to Heimstaden Bostad for £160 million. The scheme will comprise 752 Build to Rent units and is scheduled for completion in 2023.

The next largest residential deals were Peabody’s acquisition of a 44-acre site for 1,500 affordable homes in Dagenham for £100 million, and Pension Insurance Corporation’s acquisition of a 278-BTR unit development at Greenford’s The Wiltern for £90 million. Elsewhere, LXi REIT exchanged on the pre-let forward funding of a portfolio of nine drive-thru Costa units for £36 million including some industrial space, and an unnamed private buyer purchased a 735-student bed scheme on Liverpool’s Norton Street for £61.5 million. 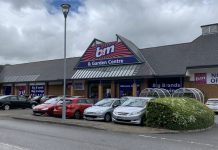 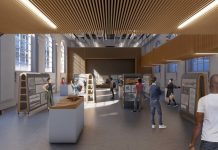