HBD has acquired City Court, a 26,945 sq. ft. industrial scheme in Manchester’s Ancoats neighbourhood – the developer’s third acquisition this month as it targets an investment portfolio of £150million.

The developer acquired the Poland Street scheme from Urban Splash and Pears Group for £5.8 million. Comprising 13 units, it is currently occupied by a range of businesses, including Sky and Ticketmaster.

Adam Brady, Executive Director at HBD, said: “City Court was an ideal fit for HBD as we continue to build our investment portfolio – it’s in a great spot at the heart of the city’s popular Ancoats and New Cross Neighbourhoods and offers exciting redevelopment potential in the future.”

Dean Thompson, Director and Head of Region at HBD, said: “City Court has a good mix of occupiers and benefits from the many amenities of Ancoats and New Cross. It’s unusual to get the opportunity to acquire an industrial site in such close-proximity to the city core and offers the chance to leverage our expertise to further improve the scheme.”

HBD is one of the UK’s most active developers, focusing on projects in several key areas; urban commercial, urban residential and industrial and logistics. Along with its Manchester base, it also has offices in London, Bristol, Birmingham, Sheffield, Leeds and Glasgow.

The business is currently working with a pipeline of £1.4bn (£1.1bn HBD share), with several large-scale, high-profile projects located in central Manchester, including Kampus, being delivered in JV with Capital & Centric, and Island, a new development at the heart of the city.

Edwards & Co acted for HBD, while Avison Young and Colliers represented the vendors. 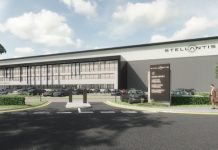 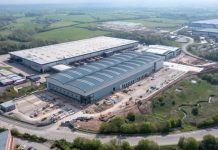 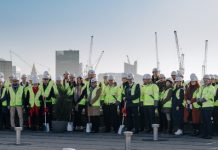