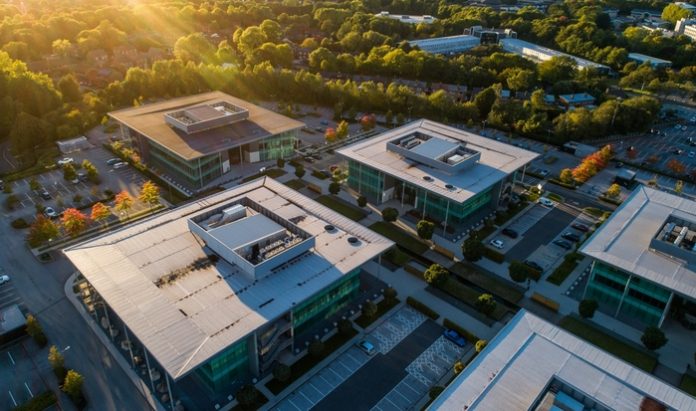 Birchwood Park, the North West’s largest out-of-town business destination, has seen record take up of industrial and office space over the past 12 months – with significant increase in demand from both the online retail and engineering sectors.

With more than 80 deals worth in excess of £2.8m negotiated this past year, Birchwood Park has welcomed 30 new organisations to the Park – taking over 140,000 sq. ft of space – despite the challenges brought about by the global pandemic. The Park also saw a record 51 businesses committing to contract renewals, equating to 80,000 sq. ft retained by current occupiers.

Key deals secured include Harris MAXUS’ new headquarters taking up 24,239 sq. ft space, alongside British Engineering Services who have taken up occupancy at the Park’s 718 Eddington Way in an 18,000 sq. ft warehouse facility. In its latest deal, the park has secured its largest letting to date at just over 59,000 sq.ft.

The success follows the completion of the second phase of the Park’s Cavendish Warehouse development last year which brought 170,000 sq. ft of prime industrial warehouse space to the region.

Martin O’Rourke, Commercial Director at Birchwood Park, comments: “After what has been an incredibly challenging 12 months for many, we are thrilled at the success we have managed to achieve at Birchwood Park this year – surpassing both last year’s figure and our long-term average. We have worked hard to accommodate the needs of potential occupiers and we’re excited to see continued growth as more industry-leading names join us here on the Park.”

Occupiers at Birchwood Park can take advantage of on-site parking and benefit from all the added amenities including free shuttle bus to Birchwood station, discounted gym memberships and the newly refurbished EngineRooms offering an all-day Meet Eat Work facility, all whilst being positioned within easy access of Junction 11 of the M62.

Most recently Birchwood Park has continued to invest in improving provisions for its occupiers, including the creation of brand new outdoor seating areas and more collaborative break out spaces. In addition, Birchwood Park operates a programme of events and initiatives, currently virtually, aimed at improving the wellbeing of occupiers’ staff based on the Park.