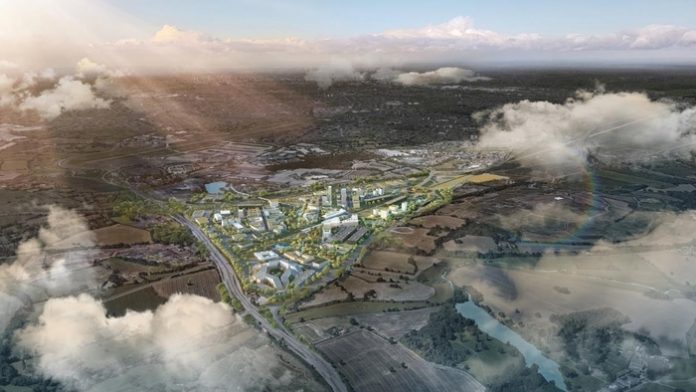 In the budget announcement Solihull has received a huge sum of funding to develop the multi-storey car park at the future HS2 Interchange Station site. £50m of central government funding, set to be matched by a regional contribution of £45m will provide the financial backing for this important project to go ahead.

The multi-storey car park will service the HS2 Interchange Station, with direct links to London in 38 minutes, making Solihull an extremely attractive location to live, work and invest in. The adjacent UK Central Hub, builds on the connectivity and opportunity the station brings, and includes the 340 acre Arden Cross development site.

Leaders at both Solihull Council and the Urban Growth Company have been campaigning hard to progress an alternative solution to the extensive ground level car parking originally proposed in the High Speed Rail (London – West Midlands) Act which received royal assent in 2017. The original plans to build 7,400 parking spaces would have seen approximately 22 acres of green belt land tarmacked over for surface level parking

Securing funding for the multi-storey car park is a significant milestone for Solihull as it frees up valuable land that can now generate much need jobs, homes and growth.

“It’s fantastic news for Solihull to secure such a significant investment in today’s budget announcement. This vital financial injection provides the stimulus for us to begin to realise the incredible development opportunity at the UK Central Hub.

“Five years ago we established a vision at the Council for how the land around the HS2 Interchange Station could be developed to bring maximum benefits for Solihull. I set the four guiding principles of connectivity, optimising land use, integrating green and blue infrastructure and good design. We were never comfortable with the prospect of such a connected location in the borough being simply used for a surface car park.

“Constructing a multi-storey car park as opposed to tarmacking swathes of valuable land allows us to maximise the benefits that the HS2 Interchange Station brings directly to Solihull and its residents. At the heart of the vision for our UK Central programme is to deliver key infrastructure projects that support inclusive and sustainable growth.

“In order to achieve our vision we set up the Urban Growth Company (UGC) to maximise development and investment into creating more opportunities for Solihull residents. I’d like to thank Andy Street, Mayor of the West Midlands, all involved at the Council and the Urban Growth Company for helping to make this possible. Through working tirelessly over many years with partner organisations we’ve been able to ensure our bold vision for this part of the borough comes to fruition.

“To have the Hub – one of Europe’s best connected destinations right on our doorstep is such an immense opportunity and we have been determined to make the most of it since day one. The Hub will create the environment to support 70,000 new and safeguarded jobs, up to 5000 homes and 650,000 square metres of commercial space.

“Securing £50m of new central government funding, to be matched by a regional commitment of £45m, is a tremendous achievement and a transformational step in delivering ambitious economic growth for The Hub.

“We can now build the infrastructure needed to support the delivery of jobs, homes and growth, creating the best connected place for business, leisure and living in Europe.

“The UGC has been working closely with its public and private sector partners for several years to develop an alternative solution to the land-hungry surface car parking originally planned for the HS2 Interchange Station at the Arden Cross development site in Solihull.

“We worked hard to build early consensus that this alternative multi-storey parking proposal was the only way we would truly be able to deliver the full economic, social and environmental benefits we know to be possible.

“We can now continue our delivery programme with much greater certainty, and work with our partners to secure the future funding required to deliver this proposal in its entirety. Meanwhile, other work is already underway with colleagues at HS2 including identifying early land release from construction sites at Arden Cross, which could become innovation, health and science campus developments.

“As much as anything, this funding commitment is a demonstration of the faith that both central and regional government have in the UGC to deliver large-scale infrastructure projects that underpin the overarching objective of driving growth at The Hub.”

Andy Street, the Mayor of the West Midlands, said:

“The UK Central Hub vision is an incredibly bold one for land around Solihull’s HS2 Interchange station, and I am delighted that the Government has today backed the plans to the tune of £50 million. This is the biggest development opportunity across the whole country right now, and it’s here in the heart of our region.

“HS2 was always going to be a game-changer for the West Midlands, but in light of the pandemic it has become even more critical that we make the most out of it. The plans for The Hub do exactly that, and I look forward to working with Solihull Council, its Urban Growth Company, and others to bring them to life.” 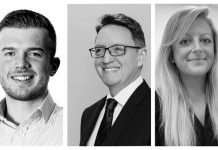 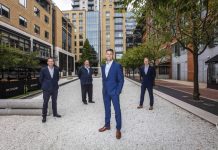 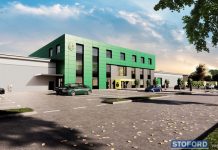 Stoford gets the go ahead for West Midlands Ambulance Service hub