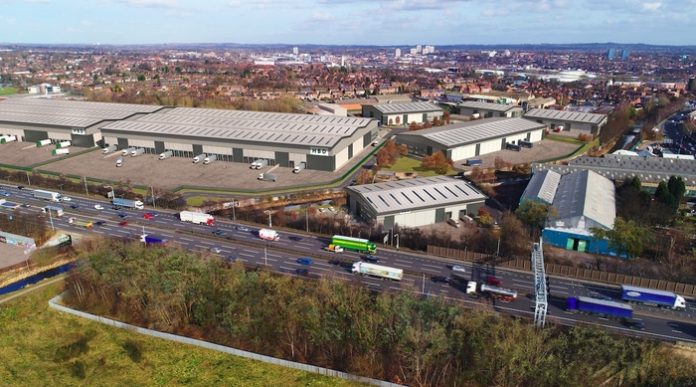 The 44-acre site has lain derelict for two decades and could now see as many as 1,100 new jobs return to the former home of the James Bridge Copper Works.

The £100m project will deliver up to 620,000 sq. ft. of employment space, attracting new jobs and investment and supporting the creation of a strong regional economy.

HBD has partnered with Walsall Council and Homes England to deliver the project. The Black Country LEP and the West Midlands Combined Authority (WMCA) are supporting the project with funding for the site remediation phase of works.

Remediation works are expected to begin this year subject to planning permission, laying the groundwork for development to begin in 2023, with completion expected in 2027.

Simon Raiye, Director at HBD, said: “This is the largest undeveloped brownfield site in the Black Country – while it is a challenging site, it’s extremely well-located and has huge potential. Phoenix 10 will bring a major economic boost to Walsall and the wider region, attracting new business and investment and creating much-needed new jobs. 20 years is a long time for a site to lay derelict so we’re really looking forward to getting started with remediation works and bringing it back into use.”

Deputy Leader of Walsall Council, Cllr Adrian Andrew added: “I’m delighted that progress is being made on this project. We have a number of significant projects in the pipeline in Walsall which give me confidence in the future of the borough’s economy.”

The project is being led by HBD’s Birmingham office. The developer has seven offices across the UK and benefits from a strong track record of delivering large-scale regeneration schemes like Phoenix 10. It currently has several such projects underway, including Markham Vale, a 200-acre scheme in Derbyshire, the North East’s sprawling International Advanced Manufacturing Park (IAMP), and several in London, including Airport Business Park Southend and Butterfield Business Park in Luton.