The Red Kangaroo Trampoline Park will reopen in Exhall, on the border of Coventry and Warwickshire, this year after the company signed a 15-year lease on a purpose-built unit on the same site as their previous home that was destroyed by fire in 2018.

The 32,500 sq ft unit has been designed and built by The Wigley Group, which acquired the site back on 2016.

The new building includes a 9,000 sq ft mezzanine floor that will act as a viewing gallery, a glass-fronted atrium at the entrance, ribbon windows, and an air conditioning system. It has also been constructed without any internal supporting pillars to aid the design and layout of the trampoline park, and has an eaves height of eight metres.

A reopening date was set for April, but is now dependent on how the leisure industry and the region will be affected by any changes to the current COVID-19 restrictions.

Paul Wrightman, owner of the Red Kangaroo brand, said: “To see the site destroyed by fire just eight months after we opened in 2018 was devastating, but, as they say, every cloud has a silver lining and it gave us an opportunity to help design a building to meet our requirements rather than us having to fit into a space already there.

“We are grateful to The Wigley Group for giving us the opportunity to be involved during the design stage and are delighted to have signed a long lease now building work has been completed. We can’t wait to get our doors back open to the public so they can see the wonderful new home that has been created for us.”

The Wigley Group acquired the site on School Lane in Exhall in 2016, and since the fire has given it a major transformation.

Next door to the trampoline park the company has built a new, self-contained 27,180 sq ft unit suitable for the warehouse and distribution sectors. Named Exhall Three, it includes 2,122sq ft of open-plan office space and car parking with an EV charging point.

Louis Smith, head of estates at The Wigley Group, said: “It was heartbreaking when the site was destroyed by fire, but to see two new, more modern units rising from the ashes is exciting for all involved.

“The letting agents that we work closely with are reporting strong levels of demand in commercial property market, despite the ongoing uncertainty caused by the pandemic and the end of the Brexit transition, and having already signed up new tenants at our other sites across Coventry and Warwickshire, we’re expecting a healthy interest in the Exhall Three unit as we take it to market.” 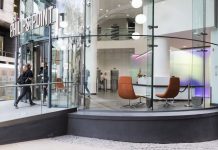 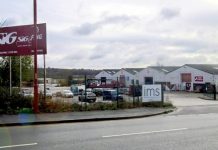 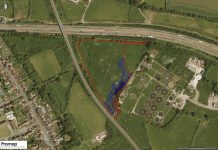