Home UK & Europe Switzerland remains the most expensive place in Europe to locate an office...

According to latest benchmarking data, Switzerland tops the tables as the most expensive country in Europe in which to employ an office worker, says Colliers International’s latest Occupiers Cost Index shows.

Overall across the continent the costs of employing office staff decreased by one per cent in 2019 to €9,695 on average per worker, as focus turned to increased remote working and flexible real estate solutions. However the UK and Russia saw the highest increase in costs at 7 per cent each, to €14,500 and €8,593 respectively, due to increasing rental costs and uptake of space in the two countries.

The most expensive country for occupiers is Switzerland at €18,407 per employee, followed by Norway and Sweden at €17,857 and €17,137, respectively. At the other end of the scale Bulgaria is by far the cheapest country in Europe in which to employ a full-time office worker at on average just €2,765 per year per office employee. Followed by Croatia at €4,145, and Romania at €4,255.

Denise Hoogendoorn, Head of Facilities Management Consultancy in the Netherlands, who analysed the results said: “Across Europe in 2019 the cost of supporting an office worker decreased by one per cent overall, in the majority of countries costs decreased, but in those countries where there was an increase, such as in the UK and Russia the increase was a significant jump of up to seven per cent.

“2020 has undoubtedly been a year of significant disruption to the occupier market with each of the four cost areas likely to change significantly. Most likely we will see an increase in spend under the IT category, as businesses quickly adapted to remote working, whereas costs on events and catering will have reduced for the year as well. It’s likely that on balance the total costs will remain similar.”

Andrew Hallissey, Executive Managing Director, Occupier Services EMEA said: “This Occupier Cost Index will prove invaluable because it provides a benchmark of data from 2019 which will be essential for corporates examining their office strategies for 2021 and beyond. This year has shown the resilience of remote working and with data comparing the costs of operating in 29 European countries we can advise our global clients on the most cost effective way to manage their office portfolios.” 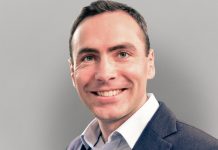