Business Minister Edwina Hart has welcomed the multi-million pound transformation and revitalisation of Meritor’s Cwmbran facility that is set to create over 100 jobs over the next 5 years.

The £36million investment in Meritor’s global centre of excellence for disc brakes – which began in 2010 and due to be completed in 2014 – is supported by the Welsh Government through the Single Investment Fund.

On a visit to the facility to see work in progress Mrs Hart described the investment as a vote of confidence in Wales and the local workforce.

She said:” I am delighted the Welsh Government is supporting this project that will not only ensure the Cwmbran centre remains one of Meritor’s key sites worldwide but will also create a significant number of jobs when completed.

“It is a major undertaking and I am very impressed with the progress in transforming a site built during the second world war into an ultra-modern facility with state-of-the-art manufacturing equipment and systems, including fully automated assembly lines.

“ Meritor is recognised by the Welsh Government as one of our regionally important companies that has a highly skilled workforce and makes an important contribution to the Welsh economy and to the local community.

“This important investment is very welcome, particularly during these challenging economic conditions and I should like to congratulate the company on the work undertaken to date that will enhance production efficiency and incorporate a range of low carbon environmentally friendly features.”

The Cwmbran facility, which employs 450 people, serves the commercial and industrial vehicle market and exports 90% of its products.

The investment involves reconfiguring the site, totally refurbishing its production facility which is to concentrated at the southern end of the plant, enabling land that is surplus to requirement to be released for further development in Cwmbran

In September this year Meritor Inc announced an incremental investment of $16million ( £10m ) in its Cwmbran site which builds on the $42m (£26m) investment the company announced in 2010.

Dietrich Zaps, General Manager, commented; “After careful consideration of the options for re-energising the business, we chose to invest in our Cwmbran facility based on the experience and flexibility of our workforce, backed up with the support of local and national government. Two years into the project, we are delighted with our progress in terms of customer reaction and business improvement”. 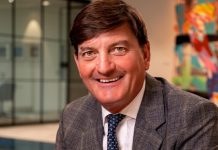