Investment into commercial real estate reached £3.5 billion in October according to Colliers International as current momentum points to a full year total of £40-45 billion.

The firm notes that the UK economy bounced back strongly in Q3, following the record contraction in Q2. A double dip recession should be avoided, however Colliers expects a renewed decline in Q4 GDP following the second lockdown.

Oliver Kolodseike, Deputy UK Chief Economist at Colliers International, commented: “Investment markets have recovered reasonably well from the weak second quarter, and the September and October sales volumes figures are both above the corresponding period in 2019. The US election result, recent vaccine news and the increasing likelihood of a Brexit deal have all been welcomed by financial markets, with the FTSE 100 gaining 14 per cent in the first two weeks of November. However, the economy, businesses and landlords will all have to contend with the shutdown of retail and leisure this month.”

In its latest Property Snapshot Colliers notes that for the month of October, offices attracted the largest share of investment at £1.5 billion. This is the second-highest figure invested into the sector so far this year (February reached £2bn) and in line with the 2019 monthly average. The largest deal was the sale of 1 London Wall Place to AGC Equity Partners for £472 million at a market defining 3.85 per cent initial yield. Outside the capital, L&G Retire purchased Oxford’s The Life and Mind Building for £200 million and Warrington Borough Council bought 4 New Bailey in Salford for £112 million.

The alternative/mixed use sector attracted the second highest amount of capital at £830 million. Although this was down from the £2 billion transacted in September, the sector has accounted for around 46% of all transactions by value so far this year. Industrial assets remained in high demand in October, with investment volumes reaching £715 million. Although this is down from September’s £1 billion, the figure was above the 2019 monthly average of £640 million. The largest October deal by value was Blackstone’s £473 million purchase of the Platform Portfolio, comprising 22 stand-alone buildings and totalling 4.3 million sq ft.

Appetite for retail assets continued in October with a renewed interest in shop units. Investment levels reached £465 million, down from £648 million in September, but slightly higher than the 2019 monthly average (£445 million). The standout deal was the sale of the 12,600 sq ft Chanel store on New Bond Street for £310 million, to Chanel which achieved a yield of 2.5 per cent. Supermarket Income REIT bought a 68,000 sq ft Sainsbury’s in Newcastle for £53.1 million at 4.1 per cent initial yield. Supermarket Income REIT has now acquired 12 assets for a combined £378 million across the UK so far this year. Overseas investors accounted for around two thirds of all investment into retail and there was a particularly strong interest from non-European countries, according to Colliers.

Tom Edson, head of Retail Capital Markets at Colliers International, commented: “Both September and October were encouraging months for retail investment, with appetite across the board from a range of investors, both domestic and overseas. Supermarkets and retail warehouses remain a safe bet and according to the quarterly MSCI index there has been mild yield compression across the supermarket asset class. Over the last couple of weeks as consumer spend rose following the end of the first lockdown, attention turned to single units and prime high street stores, as investors start to realise that there is ample appetite for a ‘bounce back’ in consumer confidence and spending.” 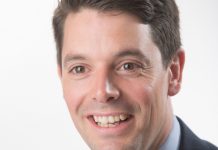