There was also a robust Q3 performance from the out of town office market in Bristol, which saw 13 deals including the largest deal of the year so far with the pre let of 132,000 sq ft to Babcock at Phase 2 and 3 at 100 Bristol Business Park.

James Preece, Bristol director for National Offices at Colliers International, said: “Following somewhat subdued activity during Q2 as a result of lockdown, the Bristol office market has rebounded with more deals taking place both in the city centre and out of town.

“Fifteen deals completed in the city centre, with the market being driven by demand from tech and media companies which want to be in the heart of the city, and which are also proving to be resilient in the face of challenging market conditions.

“Out of town a total of 13 deals went through, which was a healthy improvement on Q2 when just four deals completed.”

City centre rents are holding, with the highest rent achieved being the Grade A letting of 7,026 sq ft on the part second floor of Royal London’s Aurora to Gleeds at £37.50 per sq ft. Grade B rents have also performed well, and now stand at £30 per sq ft, an increase of 25 per cent over five years.

The data from Colliers International also shows that Grade A headline rents for out of town assets still stand at £23.00 per sq ft, which was the record for 2019.

Q3 investment volumes at £88.3 million doubled the total for 2020 to date and investment activity is just ten per cent below 2019 figures for the same period.

Richard Coombs, Bristol director for National Capital Markets, said: “Despite a low number of transactions taking place, investment numbers are now almost on par with those of last year.

“However, it should be noted that these figures have been skewed by a large out of town deal in which 100 Bristol Business Park was purchased for £55.2 million by Aviva Investors’ Lime Property Fund.

“The reality is that deal numbers have been subdued in 2020, running at 50 per cent below the five year average.” 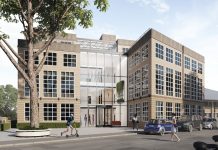 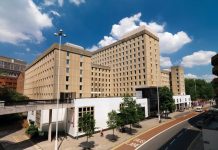