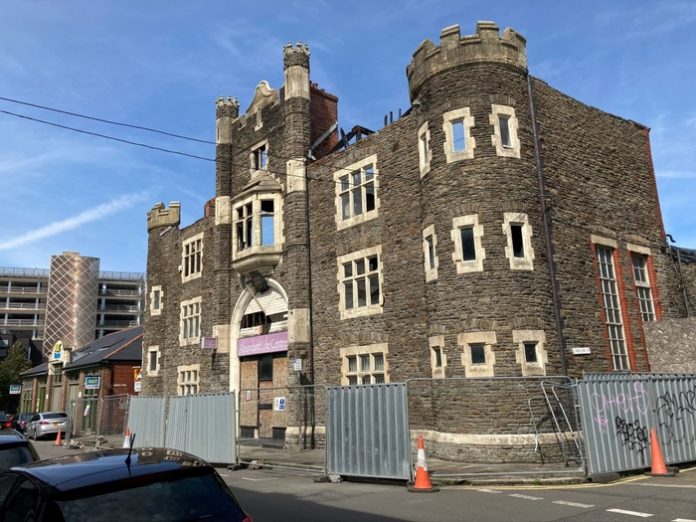 A grade II listed former drill hall in the centre of Newport which was badly damaged in a catastrophic fire two years ago has been put up for sale.

Dating from 1901 the Lower Dock Street hall was initially the headquarters of the 3rd Monmouthshire Rifle Volunteer Corps. Latterly it was used as a church and for community groups.

The impressive castellated building, reduced to a shell when engulfed in flames in March 2018 during renovation, is being sold by Newport-based Paul Fosh Auctions.

The locally owned hall was decommissioned in the sixties. It has a guide price at auction of £160,000.

Debra Bisley, who is selling the property located on the corner of Lower Dock Street and Caroline street on behalf of Paul Fosh Auctions, said: “It’s a wonderful, eye-catching building which is ripe for redevelopment.

“The current owners have drawn up a scheme which has had pre-planning approval from Newport City Council and Cadw, the Welsh historic monuments organisation. This scheme allows for the main drill hall to be retained while the front, three storey part of the property would incorporate eight, self-contained apartments.

“Should buyers not wish to retain the drill hall, there may be potential to create further residential dwellings (subject to any necessary planning and listed building consents).

The next Paul Fosh Auctions online sale, when this and some 80 other properties will be offered, is on Thursday, September10 starting at 5pm. Bidding opens two days before at 12 noon on Tuesday, September 8.

Bounce back signals a summer of growth for Cardiff 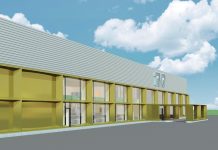