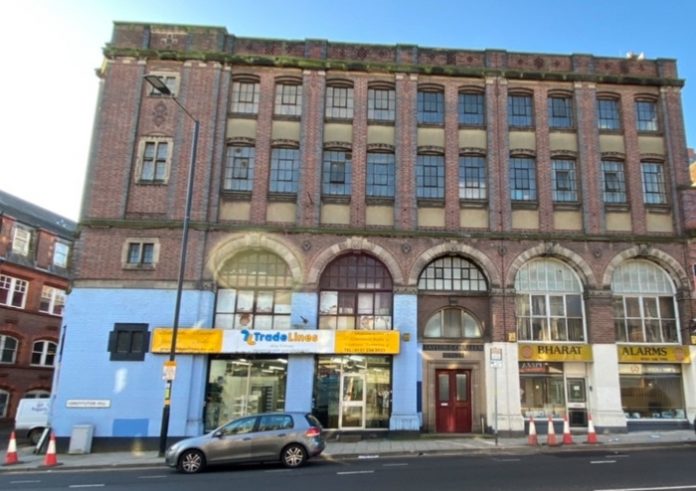 The former home of a world famous Birmingham engineering firm has been sold to a London investor.

The building, once the headquarters of Taylor & Challen, makers of lathes for presses of all kinds and sizes, was sold by a private Birmingham investor in an off-market deal from an asking price of £1.8 million.

Ed Siddall-Jones, managing director of Siddall Jones, said the deal, which completed at the end of the first week of lockdown, was evidence of the continuing strong interest in Birmingham from investors in London and the south east.

“This is an interesting building with potential to be converted into residential from its current B2 industrial use, subject to planning permission.

“It is in the Jewellery Quarter, close to other projects such as Gilders Yard, the Grade II listed former Ashford & Sons jewellery factory, a mixed use of apartments and commercial by Grainger plc where we are agents for the commercial element.

“Blackswan Property Ltd are redeveloping the former Gothic pub into a mixed use development and Siddall Jones have also been appointed agents on the commercial elements here.

“Further along Great Hampton Street, we are also in the process of letting the ground floor of the former Lucas factory and have already secured a prominent restaurant operator.”

Taylor & Challen was founded in Birmingham in 1849 by Joseph Taylor. Working at first from a cramped workshop in Brasshouse Passage, the company thrived and moved several times as it grew, eventually finding a permanent home in Derwent Works.

The company became world famous for its vast product range, from simple, hand-operated 2,000 ton power presses for the stamping of coins, shears, rolling mills and draw benches, nut and bolt machines even complete installations to grind, mix and mould gunpowder and manufacture cartridges.

Now all that remains of the business is the sign “Taylor & Challen Limited” above the main door on the Constitution Hill frontage.

Ed Siddall-Jones said: “Taylor & Challen were typical of the innovation and imagination that fired the Industrial Revolution in Birmingham and now the building can be sympathetically redeveloped for the future.”

The premises currently has two retail tenants on the ground floor but the top two floors or approximately 10,000 are empty and now largely derelict.

Ed Siddall-Jones said: “Even in the midst of the worst economic crisis faced by this country in many years, deals are still being done and investors with an eye for an opportunity can find real value still in Birmingham and the wider West Midlands.”