Nearly 300 property professionals, who donated generously through a raffle and auction, gathered for the grand centenary charity dinner at the city’s Guildhall.

A total of £6,000 was raised at the black-tie event for Tonic Music for Mental Health, Planets, which helps cancer patients, and Stroke Rehabilitation at Portsmouth’s Queen Alexandra Hospital.

In addition a cheque for £250 was presented to The Lord Mayor’s Charity Appeal, which is dedicated to fundraising for the people of Portsmouth and supports a wide range of local charities and voluntary support groups across the city.

He said: “For any association to celebrate its centenary is a considerable achievement and our membership continues to go from strength to strength.

“This shows that there remains a strong demand for professional ethics and collaboration between businesses involved in the property market and, along with the professional and social benefits, we see our membership continue to grow.”

Chris also referenced the historical events Portsmouth has gone through since starting out in 1920.

They included the Second World War, the Queen reopening the Guildhall in 1959 after it had been bombed by the enemy in 1941, the M275 opening in 1976, the raising of the Mary Rose from the Solent in 1982, the polytechnic becoming a university in 1992, the opening of Gunwharf Quays in 2001 and the Spinnaker Tower in 2005, Pompey winning the FA Cup against Cardiff in 2008 and last year’s 75th anniversary of the D-Day Landings with world leaders.

To light-hearted jeers from guests, Chris also netted a joke about Kevin Keegan scoring two goals for Newcastle against Pompey in 1984…

Tribute was paid to PPA stalwart Rob Marchant for his “considerable hours” involved in organising the milestone anniversary event and writing the centenary booklet.

Also mentioned were Andrew Prismall, who organises the annual cricket match between the Portsmouth and Southampton property associations, Nicky Bush of Clive Emson Auctioneers, for administrative support, and Sarah Jones of Chandler Hawkins, for PPA communications.

Chris also told guests: “I hope you enjoy the evening and remember it as a celebration of the centenary of The Portsmouth Property Association, not the year of coronavirus. As Winston Churchill said ‘Success is never final. Failure is never fatal. It is the courage to continue that counts’.

“Finally, it leaves me to give a toast to the city of Portsmouth. Please be upstanding and raise your glasses.”

Afterwards, Rob Marchant, who is the Hampshire auctioneer for regional land and property auctioneers Clive Emson, took bids in the grand charity auction of 12 donated lots.

For a bid of £1,000, the highest on the night, Kevin netted himself a rare ‘Three Lions’ Admiral England kit shirt from the 1980s, which he is to auction on for charity.

The association started out in 1920 as the Portsmouth Gosport and District Auctioneers Estate Agents and Valuers Association.

It was year when King George V reigned, Lloyd George was Prime Minister and the body of The Unknown Warrior from the First World War arrived from France for symbolic burial in Westminster Abbey.

“The City of Portsmouth is world-renowned as the home of the Royal Navy and is an international visitor destination.

“It is undergoing a major transformation with over a billion pounds being invested in or committed to infrastructure, amenities and new commercial developments.

“Portsmouth has always provided a unique quality of life and a diverse range of attractions and amenities for its businesses and residents.

“The result is the city now offers a complete range of residential opportunities and the offering as a place to live has been significantly enhanced by penthouse, townhouse and apartment developments at Port Solent, Gunwharf Quays and a number of other ex-Navy sites.

“The city has a long-established national and international profile as a visitor destination, with its Historic Dockyard and other attractions, complemented by hosting world-class events such as the International Festival of the Sea, Volvo Ocean Race, Victorious Music Festival and Great South Run.

“The continued investment and growth in Portsmouth is certainly good news for members of the Portsmouth Property Association and who knows what changes we will see in the next 100 years.” 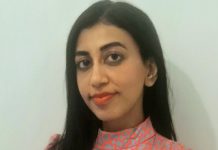