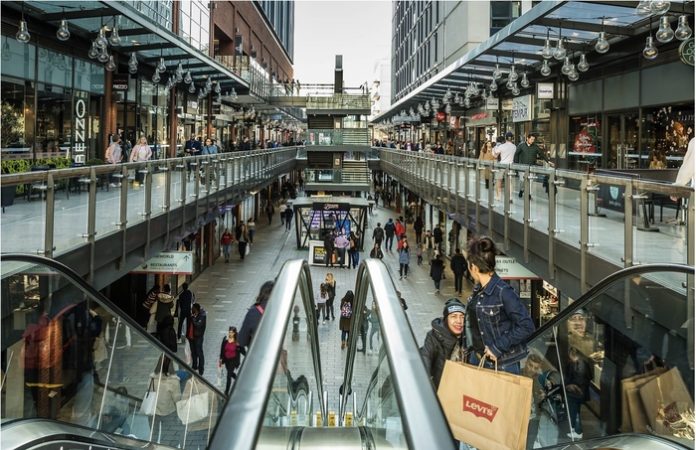 Tommy Hilfiger, one of the world’s leading designer lifestyle brands, has chosen London Designer Outlet in Wembley Park, the capital’s original outlet centre, as the place to be for its first dedicated childrenswear outlet in the UK.

This is the latest in a string of ‘firsts’ for London Designer Outlet with the destination home to the UK’s first Champion outlet, stand-alone Converse store and London’s first H&M and Lee Wrangler outlets. It is also the only UK shopping centre to offer Dropit, the app-based, store-to-door delivery service.

Known for its classic American cool style and preppy-with-a-twist designs to customers worldwide, Tommy Hilfiger has signed to open a 1,387 sq ft unit at the capital’s leading fashion and lifestyle outlet centre. Bringing its playfulness, practicality and twist of youthful East Coast cool to LDO, the new Tommy Hilfiger childrenswear outlet will offer classic pieces for boys and girls, aged 9 months to 16 years, including trousers, separates, dresses and more, designed for sporting activities, party time, daywear and everything in-between. All items retail at up to 70 per cent off the RRP. The signing will boost the line-up of childrenswear at London Designer Outlet, including Nike, Champion, GAP, Adidas, PUMA and Guess and the wider fashion offer including Fiorielli, Kurt Geiger, Levi’s and the recent opening of Dune.

Internationally recognised, the brand will appeal to the growing numbers of tourists that increasingly see London Designer Outlet as an important part of their trips to the capital. Across the 2019 calendar year tax free transactions at the centre increased by +10%, accounting for 7% of all retail sales at the centre.

Christine Grace, Leasing Director at Realm, said: “We’re delighted to have signed Tommy Hilfiger which will be a really great addition the fashion line-up at the centre. It’s tremendous to see that our consistent trading track record and reputation for leading the field has helped us to secure another first at the centre. We’re thrilled to be attracting increasingly aspirational brands and are looking forward to the year ahead.”

Tommy Hilfiger will add to the appeal of major retail brands, a choice of popular restaurants and bars and a range of experiential events. The 265,000 sq ft premium retail and leisure destination is home to Europe’s top Guess outlet store, one of Nike’s top three outlet stores in Europe, and the UK’s best performing Gap Outlet.

Enjoying seven million visitors a year, almost twice as many people than go to Wembley Stadium and The SSE Arena, Wembley combined, London Designer Outlet bridges the gap between online shopping and the physical retail experience. Combining the ability to touch-and-feel and try-before-you buy with the ease and convenience of online shopping, Dropit provides a handsfree shopping service which allows visitors to have purchases, bought from any of the stores, delivered to hotels, workplaces or their homes with same-day deliveries available within the M25.

London Designer Outlet is managed by Realm, the UK’s specialist outlet operator; and is owned by Quintain, the developer behind Wembley Park, one of Europe’s largest urban transformation projects.

The centre benefits from the transformative changes at Wembley Park, an 85-acre estate adjacent to the world-famous National Stadium. The 85-acre mixed-use development will feature over 500,000 sq ft of retail and leisure, including some 240,000 sq ft of new build shops, restaurants and services and up to 8,500 new homes. The vision is about offering an imaginative spectrum of independents and major brands. In addition to London Designer Outlet, current attractions include London’s largest Boxpark, which won Best F&B Concept at the 2019 MAPIC Awards, and the Troubadour Wembley Park Theatre, currently staging soon to stage the 30th anniversary tour of Fame The Musical and opened in 2019 with a six week residency of the National Theatre’s War Horse. Catering to the neighbouring residential and worker population in Wembley Park and the wider, affluent catchment, the scheme is set to attract over 20 million visitors per year and yield a £328 million annual retail spend.

A dynamic new neighbourhood for North London, Wembley Park Quintain’s Tipi brand is the largest build-to-rent development on a single site in the UK and will be home to residential community of 20,000 full-time residents by 2027, managed by Quintain’s lifestyle-focused rental brand, Tipi. 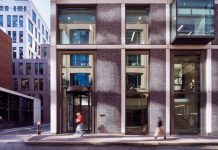 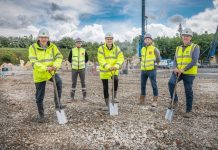