The consultation follows the Government’s commitment to support businesses to reduce their energy use by at least 20% by 2030, as part of its Clean Growth Strategy. The Government’s preferred target, as set out in the consultation, is an Energy Performance Certificate (EPC) band B by 2030, provided that measures to meet this are cost effective – meeting the existing seven year payback test. It has proposed band C as an alternative.

The proposal forms part of the Government’s plan to go ‘further and faster’ in tackling climate change, in response to the recommendations of the independent Committee on Climate Change (CCC). The EPC band B target could reduce UK emissions by the equivalent of half a million homes by 2030 while saving businesses up to £1 billion per year in energy bills, according to Government estimates. The consultation closes on 7 January 2020.

Samantha Jones, an Associate Director of Prop-Search, said: “MEES apply only to commercial properties which are legally required to have an EPC – there are exemptions such as Listed buildings or detached buildings below 50 sq m. An EPC indicates how energy efficient a building is based on an energy efficiency rating of A-G. The energy rating is based on the characteristics of the building itself (the fabric), its services (such as heating, ventilation and lighting) and the carbon emissions associated with the fuel(s) used. The commercial EPC uses a metric based on carbon emissions and is valid for 10 years.”

MEES took effect for both domestic and non-domestic property in 2018. Since then landlords of private rented commercial properties have not been permitted to grant a new tenancy or to extend or renew an existing tenancy of a property with an EPC rating below E. This prohibition will be extended to cover all leases from 1 April 2023.

The Government is seeking views on whether to legislate for a single 2030 implementation date, or for incremental milestones. The second of these approaches could follow a similar model to that introduced in 2018: so, landlords could be prevented from creating new tenancies or extending or renewing existing leases beyond a certain date where the property does not meet EPC band B or C, with the requirements extended to existing leases from April 2030.

Energy efficiency improvements will be required where the existing seven-year payback test is met: that is, where the expected value of savings on energy bills over a seven year period once the recommended improvements are carried out is equal to or greater than the cost of those measures. The Government is minded to retain other exemptions from the requirements including where the tenant refuses its consent to the works or where the improvements are likely to reduce the market value of the property by more than 5%.

It is reported that approximately 85% of commercial buildings in England and Wales would need improvements to meet the required standard if the Government was to adopt an EPC band B target, compared to 42% of existing buildings under the EPC band C target. The Government estimates that 64% of buildings would be able to reach a B rating, while a further 20% would be able to reach a C rating.

The Government intends that responsibility for the energy efficiency of the building will continue to rest with the landlord. However, it is seeking views on potential ‘market-led solutions’ for scenarios in which the tenant has genuine requirements and is willing to fund the required improvements to the building at the start of the tenancy. An example given is the retail sector, in which tenants often require specific lighting, air conditioning and ventilation solutions.

Samantha Jones of Prop-Search advises: “Those involved in new developments or refurbishments should consider future proofing their buildings against the increasing trajectory for energy efficiency. Equally, landlords should consider taking advantage of any void periods to do the same.” 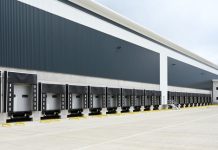