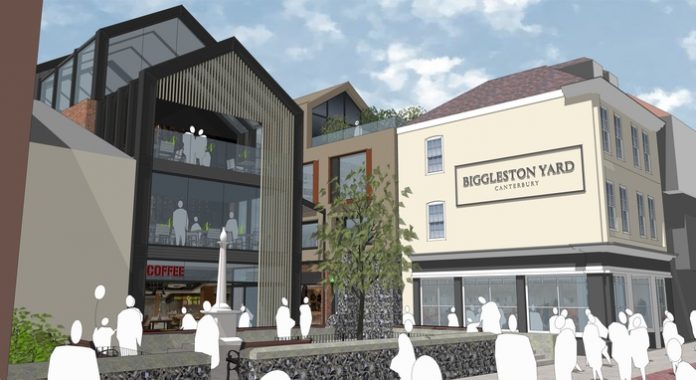 Proposals for a major site in the heart of Canterbury’s city centre have come forward to redevelop the site of the former Nasons Department Store and other buildings, following its recent purchase by London-based property investor and development company Setha Group.

Named Biggleston Yard, the proposals reflect the area’s commercial and industrial heritage around the former foundry and forge within the site by also providing commercial retail, leisure and flexible space, alongside 28 serviced apartments, a further 38 residential units and space for community uses.

Since completing the purchase of the 0.31-hectare site, Setha Group has worked closely with two award-winning firms of architects, Child Graddon Lewis and Clague Architects. The proposals will see an investment of £15-20m to bring forward a total of 6,868m2 (73,927ft2) of mixed-use development, plus 800m2 (8,611ft2) of public open space.

The development would reconnect the Nasons site to its industrial past and create an exciting new future for it with plans for high-quality retailing. The redevelopment would offer a focus on food and drink by incorporating a pedestrian retail arcade and ‘market hall’, with open space and public realm in the heart of Canterbury.

Manuel Alsoni, Chief Executive Officer, Setha Group, said: “We are very excited about the project as it provides the opportunity to bring forward another high-quality development in the heart of one of England’s best-known medieval cities.

“Like every city, Canterbury is having to respond to the everchanging retail and leisure demands of residents and visitors alike, as well as the challenge presented by online retailers. We believe Biggleston Yard would play an important part in enhancing the ongoing appeal of the city centre as a destination already synonymous with quality.”

The proposals celebrate and incorporate the heritage of the former forge and foundry of HM Biggleston & Sons, a six-generation family business that produced iron castings, railway girders, lamp posts and other street furniture until it closed in 1963.

Accessed from the High Street, the eastern part of Biggleston Yard would offer a covered retail arcade, a ‘market hall’ and restaurants linking through to the new public open space to the south. The new buildings, ranging from three to five storeys high, would incorporate the listed buildings at 46 High Street and Foresters Hall.

If granted permission, the western part of the site would be repurposed to include flexible commercial floorspace on the ground floor and flats on the upper floors. A group of new buildings would be centred around a public courtyard and crossed by a pedestrian alley connecting White Horse Lane and the new public open space to the east. 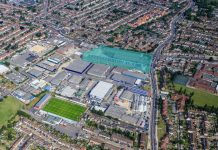 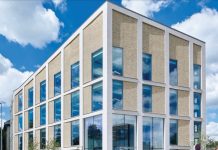