Against a global backdrop of diminishing business confidence and a weaker outlook for economic growth, a robust labour market in the world’s largest economies continues to underpin demand for office space with high employment levels prevalent across a number of major markets. Demand continues to be driven by the knowledge economy, with the co-working boom continuing to broaden its reach across major markets, forcing traditional landlords to adapt their offering in order to best accommodate existing and potential occupiers.

These are some of the key trends noted in Avison Young’s Mid-Year 2019 Global Office Market Report.

“Despite increasing headwinds and political uncertainty, the relative health of the economy and labour markets continues to provide a positive foundation for office space demand across major global markets,” comments Mark E. Rose, Chair and CEO of Avison Young. “We continue to see significant development in urban areas of major metropolitan markets across all countries in which we operate. The impact can be seen on city skylines, which are changing rapidly, and in the delivery of new forms of workspace driven by organizations that are constantly adapting to their changing workforces and new technologies.”

Rose continues: “The large development pipeline is being more than offset by robust demand. This situation is particularly true for good-quality class A space with preleasing levels at historic highs.”

According to the report, of the 79 office markets surveyed by Avison Young in North America, Europe and Asia, which comprised 7.5 billion square feet (bsf), market-wide vacancy rates declined or remained flat in almost two-thirds of the markets as more than 126 million square feet (msf) was absorbed on an annualized basis – up 12% compared with the prior 12-month period.

The report goes on to say that construction cranes remained prominent fixtures across many skylines as nearly 84 msf of office space was completed during the 12-month period, while another 253 msf was under construction at mid-year 2019 (40% preleased) – up 16% year-over-year.

For the most part, sound leasing fundamentals continue to attract investor capital to the office sector. Investment sales volumes for the 12 months ending at mid-year 2019 were up at least marginally year-over-year in all of the countries covered in the report, with the exception of the U.K.

“The most significant story now is the proliferation of co-working space,” says Rose. “The ever-increasing demand for flexibility from occupiers, as well as the evolution of technology, has resulted in a co-working boom across the globe. This growth has led to new markets being opened for providers of shared workspace.”

He adds: “Office market fundamentals continue to be sound across both the U.S. and Canada, with robust demand continuing to drive down vacancy levels in most major markets. In the U.K., the looming Brexit deadline has done little to stymie demand, while in Germany, leasing activity continues to be above average.”

Despite economic uncertainty, demand for U.K. office space continues to be robust. Over the last 12 months, the market has witnessed some of the strongest activity on record across major cities.

“Demand is particularly strong for grade A space, with preletting accounting for a large proportion of activity,” comments Charlie Toogood, Avison Young Principal and Managing Director, Offices, U.K. “Conversely, smaller second-hand space is becoming increasingly difficult to let, a situation which is partly attributable to the growth of the co-working sector. The two largest deals outside of London during second-quarter 2019 were completed by co-working firms as 120,000 sf was let to Spaces at 125 Deansgate in Manchester and 92,000 sf was taken up by WeWork in Birmingham. We believe this activity is a prelude to a greater expansion of co-working’s presence in the country’s key regional cities.”

Toogood adds: “Strong demand and low grade A supply are creating rental-rate growth and putting downward pressure on incentives, particularly in the regions that continue to offer a considerable rent discount to London. This situation is unlikely to change in the short term due to constrained development pipelines in almost all markets.” 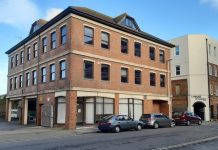 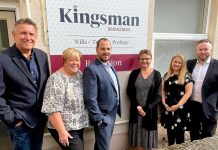