The latest research from global real estate consultancy CBRE shows that recovery of the industrial sector in Aberdeen is continuing following on from a record number of transactions last year.

The performance of the Aberdeen industrial property sector is inextricably linked to the oil sector and last year, on the back of a more stable oil price, take-up was the highest it had been since the 2014 crash. The uplift in the energy sector continues to filter through to the market and for the first half of 2019, the take-up total was 254,751 sq ft. Whilst this was 23% down on the same period last year, the volume of transactions was particularly high, with 46 completed in H1 2019. This is the same number of transactions completed during the whole of 2016, and the figure is the equivalent of 81% of the 5-year average for total deals transacted in a 12-month period.

CBRE Associate Director Iain Landsman comments: “Much of Aberdeen’s industrial property was developed in the 1980s and needs capital expenditure or redevelopment. With such a large proportion of the existing stock coming to the end of its useable life – and in the absence of considerable capital investment – there’s now a notable trend for companies choosing newer space. One example of the growing demand for new industrial property is that 13 of 19 new business units Dandara built speculatively at City South Business Park are already either transacted or under offer with strong interest in the remaining units.

“We envisage that new builds will continue to be a strong sector in the market going forward. Increasingly, we are seeing occupiers looking at build-to suit opportunities so they can acquire something which is bespoke and fits their future needs.”

Despite the clear appeal of new build facilities in the city, there has been limited speculative development in Aberdeen due to a combination of factors including a drop in occupier demand, rise in levels of industrial supply, and exposure to vacant business rates. The stronger occupier demand which is now emerging however demonstrates returning developer confidence and it is likely that further speculative development will take place in 2019, with schemes already planned in Dyce and a second phase at City South Business Park.

Smaller deals continued to dominate the market during H1 2019, with sub 10,000 sq ft lettings accounting for 57% of all transactions during the period. This reflects the increasing confidence in the Aberdeen economy – smaller companies are now comfortable to committing to taking new premises.

Industrial supply within Aberdeen has crept back up over the past six months despite dipping in 2018 for the first time in four years. It now stands at 2.68m sq ft and, with the rate of rise being much more conservative than in previous years, this further suggests the market is levelling out.

Iain Landsman continues: “Although there is a high supply figure, there’s actually a surprisingly low amount of prime industrial stock. Stock levels are currently at 11.1 million sq ft and the vacant rate for industrial property stands at 24%. Compared to the Scottish average vacancy rate of 5.2% it’s evident that surplus industrial supply in Aberdeen continues to be an issue.

“Due to a change in legislation on business rates, industrial landlords are no longer able to claim vacant property rates relief when a building becomes vacant. This has resulted in them having to pay 90% of rates payable on the conclusion of their 6-month period of grace, so many are now offering softer deals, especially at lease renewal, to minimise the threat of losing a tenant.”

A quirk in the Aberdeen market is that separate rental rates are applied to the warehouse, office and yard elements. Given that many vacant warehouses have higher than normal office contents, this leads to them being expensive for occupiers who have no need for large parts of the offices. Some landlords are therefore reducing office content to make their buildings more attractive to occupiers.

”The outlook for the remainder of the year is positive with over 170,000 sq ft of transactions under offer plus there are a number of active requirements in the market. We envisage that 2019 will be in line with 2018, if not exceed it.” 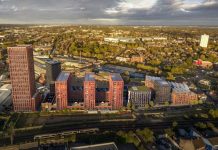 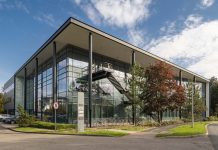 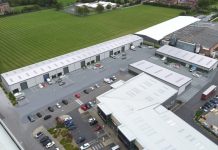