Supply of flexible workspace, which incorporates coworking and executive suites, across top international cities has increased by 16% over the last year. According to the latest Global Cities research from The Instant Group, demand for flexible workspace has also increased in line with this by 19%. The report is the only market report that compares the largest city markets for pricing, supply and demand of flex space.

Other key findings in this year’s research include:

Even in markets such as Sydney, Hong Kong and London, where supply of new office space is constrained, operators are continuing to open up new locations and diversifying their products to attract a wider tenant base.

Supply in these mature markets is now spreading outside of the Central Business Districts and consequently this is reducing rates as operators open in areas where the cost base is lower and desk prices can be reduced accordingly. A similar impact has been felt in London as coworking moves behind its traditional base in the West End and City Fringe to establish bases in Southwark and elsewhere across the UK capital.

According to Instant’s data, Berlin and Dubai were the only cities with single digit growth in supply. Although these cities have huge demand for flex space, constrained supply has slowed the growth rate down. Take up of flexible space in these markets is predominantly driven by SMEs and start-ups, but as corporate demand comes more inline it will transform the market as seen in New York City and London.

Berlin, Paris, Chicago, Los Angeles and Vancouver have all seen growth of double the global average year-on-year thanks to theimpact of macro-events such as BREXIT, combined with aggressive marketing campaigns from coworking operators. Growing awareness of the options for no-lease office space options are seeing the market spread to new location and diversify the client base.

Elsewhere Instant’s data predicts that India, a market with a strong flexible industry, will continue to see growth in demand as its start-up and SME economy flourishes. Alongside this, markets in both South Korea and Japan are expected to grow as working practices and cultures start to relax.

Thanks to steady expansion of an already developed market, America is one of the most stable markets. This will be supported by extremely high levels of growth across LATAM, especially in Mexico and Colombia as well as cities including Phoenix, Portland, Indianapolis and Calgary with growth above 20% year-on-year.

Requests for larger spaces (10+ desks) now make up a fifth of total market demand. This is most prominent in the more mature markets such as San Francisco, Berlin, London and New York where client awareness of flex options is growing. Clients in these older markets are now also taking flex space for longer periods than ever before, especially when compared to the newer markets of Hong Kong and Singapore.

What goes up, must come down

Instant’s research also shows that pricing has cooled – 5% down on average across the key markets. In the regions where there has been an increase in supply of 20% or more, Instant’s data shows a reduction in desk pricing during the same period. New York City remains the most expensive market per desk in the world. Despite a decrease in desk rates of 4%, supply has increased by 21%.In Asia-Pacific, price increases have gone hand in hand with growing market supply.

John Duckworth, UK and EMEA Managing Director, Instant Group, said:“The profile of the flexible workspace client has changed. From being a favoured base for SMEs and start-ups to fast-growing “scale-up” businesses and multi-national corporate clients.

“At the same time the commercial real estate market is undergoing an evolution of its own and is now much more centred around the provision of ‘workspace as a service’. The market is changing to cater to the customer’s needs.

“We’re seeing rapid transformation of the flexible workspace market. Landlords are seeing the increased value that can be generated from flexible space compared to a traditional offering – this is a chain reaction to the growing demand from their tenants which inevitably points to increased value for a flexible location within their existing buildings. With more choice in the market, it really is a case of ‘innovate or fail.” 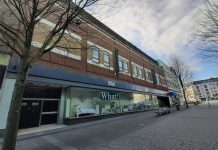