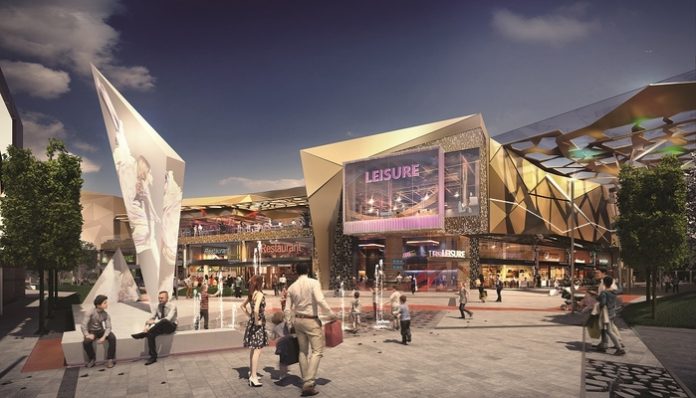 Market Halls opened two major central London sites in Fulham and Victoria last year and its first out-of-town concept, The Hall, will launch as part of a 175,000 sq ft leisure development at intu Lakeside this spring. The Hall will bring together dynamic and independent food traders from across the south east and use the big-city energy, theatre and excitement of street-food to create a compelling dining experience for intu Lakeside’s 20 million annual footfall.

Family entertainment centre Nickelodeon Adventure and indoor mini golf experience Puttshack’s first location outside of London are also launching at intu Lakeside’s extension to capitalise on the shopping centre’s transformation into a major retail and leisure attraction. Two more leisure operators, Hollywood Bowl and Flipout, and a range of new restaurants will open their doors there this year.

The Hall at intu Lakeside will take 14,500 sq ft and the site will include seven kitchens, a coffee shop, pop-up areas for food trucks, two bars and seating for 680 people. There will be an array of high quality, good-value dining options and relaxed seating solutions to suit families, big groups, couples and lone shoppers alike.

Rebecca Ryman, regional managing director at intu, said: “The Hall at intu Lakeside is a great fit for the centre’s quality new leisure offer and we know it will flourish here. intu Lakeside is already one of the country’s most popular shopping centres and we’re working with operators that share our ambition for innovation in leisure in order to create the best possible customer experience.

“The calibre of all the brands we’re attracting to the centre’s leisure development is testament to the potential of this new space when it launches later this year.”

Andy Lewis-Pratt, a former property developer and philanthropist, and Simon Anderson, an award-winning restaurateur, launched Market Halls in spring 2018, with the aim of redefining the British concept of food halls. Further openings in London and across the country will be announced in 2019, including Market Hall West End which will become the largest food hall in the country when it opens this autumn.

Andy Lewis-Pratt, CEO of Market Halls, said: This is an exciting avenue for Market Halls. The Hall will provide a new and vibrant social dining option for the 20 million visitors to intu Lakeside every year.”

Brands including Zara and River Island are significantly investing in their intu Lakeside stores ahead of the leisure extension opening, with a total of £8 million spent by intu Lakeside’s retailers on store refurbishments in 2018.

The launch of the development will follow the opening of a 400,000 sq ft retail and leisure extension to intu Watford at the end of last year which has propelled the Hertfordshire town to a top 20 retail destination in CACI’s national rankings. Work is also underway on an £86 million redevelopment of intu Broadmarsh in Nottingham and a £75 million transformation of intu Trafford Centre’s Barton Square.