Experts at the UK’s largest independent tax consultancy are calling for more details of the Swiss Accord deal announced by UK and Swiss authorities on Wednesday (August 24).

Jeff Millington, director of BTG Tax in Birmingham, said that at first reading the innovative agreement appeared to provide an opportunity for UK taxpayers to put right their tax affairs in respect of assets held in Swiss bank accounts.

Under the agreement, UK taxpayers account for any past assets held in Switzerland by paying an anonymous maximum flat rate deduction of 34 per cent of assets (subject to statutory limitations), although it is expected this will be an effective rate of 20 – 25 per cent.

They may also be able to make a voluntary disclosure to the UK authorities and pay their tax arrears with no penalty or inform the Swiss Bank of their already declared assets and the Bank will notify the UK authorities.

For those individuals hoping to keep any assets in Switzerland in the future, the agreement will allow for an anonymous withholding tax to be paid, at 27 per cent, 40 per cent or 48 per cent depending on the nature of the income or gains.

Alternatively, the individual will be able to inform the Swiss Bank to notify the UK authorities of the income and pay tax as normal.

Mr Millington said: “UK taxpayers with Swiss assets who proceed with one of the options detailed can be confident that after the agreement is finally signed there will be no criminal prosecution action against them unless the UK authorities already hold evidence that might result in criminal prosecution.

“Those who do not proceed with the above options will have to move their funds out of Switzerland no later than May  31, 2013.

“This agreement applies to assets held in Switzerland only – it does not resolve the issues of tax evaded assets elsewhere in the world.

“The UK Treasury announcement indicates that anyone coming forward voluntarily will pay tax, interest and a penalty, although no percentage for the penalty has been indicated. This begs the question – why would anyone choose a voluntary route?

“There are still question marks hanging over whether interest will be charged on past tax or if the ‘flat rate’ is applied against deposits or withdrawals or only against balances at year ends.”

Mr Millington pointed out that non domiciles were specifically excluded from the agreement, but asked who then determined a person’s domicile status

“This is a complicated and time consuming issue at the best of times. The Liechtenstein Disclosure Facility offers a resolution to this problem which is a major benefit  to anyone with an undetermined  domicile status.”

He said that the announcement failed to fully explain the risk of a criminal prosecution:

“The UK authorities already hold vast quantities of bank information on UK taxpayers obtained when Section 20(8A)/Schedule 36 notices were served on 308 banks. The authorities also hold and are using data which was stolen from certain Swiss institutions and  passed legally to HMRC, so a prosecution risk prior to 2013 remains a possibility.”

Despite the announcements, matters remain unclear and uncertain. The deadline date is currently set at January 2013 but Mr Millington asked if anyone with offshore accounts could afford to wait that long:

“HMRC is sticking to their promise and are cracking down on those with offshore accounts. For many of these individuals, the Liechtenstein Disclosure Facility still looks like a far better prospect,” he said.

“Those with offshore accounts should act now and have their affairs reviewed by an expert to ascertain which is the best option for them.” 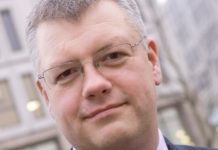