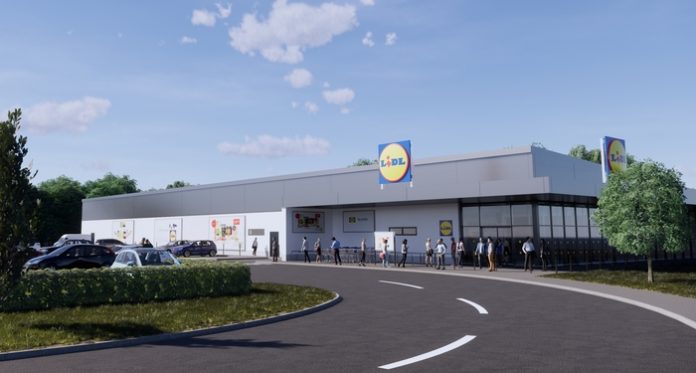 Hundreds of people have voiced their support for a proposed new Lidl store in Kingsway, Gloucester, to be developed by Robert Hitchins Ltd.

Many local people attended a public exhibition about the proposals at the Kingsway Community Centre (on January 8). Hundreds also responded to questionnaires delivered to local residents.

Of the 318 people who responded, more than 82% (261) said they supported the development in principle.

One respondent wrote: “The current supermarkets can’t cope with the demand in the area, another store is very much needed.”

The proposals are being put forward by planning consultants DPP Planning on behalf of Gloucestershire developer Robert Hitchins Ltd.

Senior Development Manager for Robert Hitchins Ltd Michael Plimmer thanked those who attended the exhibition and sent responses. “It’s very helpful to get local feedback before we submit a planning application to Gloucester City Council and we are really encouraged by the reaction to our plans for the new store which we feel will provide residents with more choice and variety on their doorstep.”

The multi-million pound investment by Robert Hitchins Ltd and Lidl UK will see the construction of a sustainable store with a net sales area of 1,325 sq m, creating up to 40 new jobs.

If Gloucester City Councillors give the go-ahead, the supermarket will include features such as an in-store bakery, a customer toilet and dual-packing facilities.

Lidl UK has experienced continued growth as consumers flock to discover its great-value products, more than two thirds of which are British sourced.

The proposed supermarket in Kingsway will add to Lidl’s portfolio of 730 stores in the UK. It will also form part of its plans to open up to 50 new stores a year.

Lidl UK’s Regional Head of Property, Glen Stidever, commented: “We are extremely excited about the prospect of opening a Lidl in Kingsway and serving our fresh, quality and incredibly good-value produce which shoppers across the country have come to love.”