Data released by leading property consultant CBRE reveals that Scottish commercial real estate achieved a total return of 1.7% in the third quarter of 2018. This is a rebound from the 1.4% realised in the second quarter, and a return to the same rate of return achieved in Q1.

The main surprise this quarter was a marked improvement for the retail sector, where the total returns increased to 1.0%, and a rise of 0.7% from Q2. However, this still leaves the sector with the lowest overall return in Q3, behind offices (2.2%), alternative property (2.4%) and industrials (1.9%).

For the third quarter in succession, the annual Scottish all property total return was virtually unchanged at 7.0%. Individual sectors have shown more change, in particular offices and industrials. Office annuals returns were the only ones to improve over the quarter, rising to 8.6% for the year to the end of September. In contrast, industrial returns fell slightly to 8.4%, with the alternative property remaining the only sector with double-digit returns over the year (12.6%), well ahead of the weakest performer retail, at 4.0%.

Returns on Scottish commercial real estate are increasingly pushing ahead of the national UK average. Whilst there remains a 120 basis point difference between the annual total returns, with Scotland at 7.0% compared to the UK’s 8.2%, three sectors in Scotland – offices, retail and alternatives – are now ahead of the UK as a whole. This is most noticeable in high street retail with annual total returns of 6.4% in Scotland, versus 4.0% in the rest of the UK.

The one sector bucking the trend is industrials, where superior rental performance in London and the South East continues to fuel exceptionally strong returns. This has helped push the UK industrial total return to 19.3% for the twelve months to the end of September, compared to 8.4% for Scottish industrials.

This quarter has seen annual industrial total returns edge just below those of office for the first time in almost eight years (Q4 2010). However, with a total return of 8.4% over the twelve months to the end of September, performance remains impressive. The quarterly total return for industrials was 1.9%, down from 2.3% in Q2. Both capital growth and rental value growth slowed over the quarter, but remained in positive territory.

After a quarter of improved returns for offices in Q2, performance slipped back slightly, but was still an impressive 2.2%. Capital values grew on average by just under 1.0%, despite effectively no rental growth over the quarter. On an annual basis, capital growth is now well ahead of inflation, having risen to 2.9% in the twelve months to the end of September, almost a one percentage point rise since mid-year. Offices capital growth is now the highest of any of the three main sectors in Scotland.

The relative improvements in performance for offices is evidenced in the city level data, particularly with respect to Edinburgh. This was the second best performing market in the twelve months to the end of September with a total return of 14.1%. However, this is still behind the pace of Glasgow industrials with a total return of 17.6%.

There is also now a marked difference between the performances of offices across Scotland’s three largest cities. Glasgow offices, at 7.6% is positioned close to the all property total return, whist Aberdeen offices saw a 4.1% return, continuing the recent period of improving quarter-on-quarter returns.

For the retail sector, returns in Aberdeen have technically slipped back into negative territory with an annual return on -0.3%. For Glasgow and Edinburgh, returns are higher, with Glasgow seeing the best performance of 8.2%, just ahead of its office returns.

A total of £505m of stock was transacted in Scotland during the third quarter of the year, down from £578m achieved in Q2. This now sits at a similar level to the volumes achieved at the same time in 2017. Overall, there has been £1.77bn of spending across Scotland during the first nine months of the year, a 27% increase compared to the same period in 2017. With over £670m, the office sector has seen more money directed towards it than any other commercial sector. Meanwhile, just over £300m has been spent on retail warehouses.

The retail sector total is boosted by the sale of Fort Kinnaird Retail Park, located on the eastern edge of Edinburgh. M&G Real Estate acquired the park for £167.25m from The Crown Estate. This year also stands out due to the lack of any major shopping centre sale, which has traditionally boosted volumes in the sector. During Q3 the focus has been more on office market sales and high street retail deals in Edinburgh and Glasgow.

Martyn Brown, a director in CBRE’s Investment team, said: “Unsurprisingly, the office sector was the best performing asset class in Scotland during Q3, driven by the strong capital value growth achieved in several noticeable investment sales. International buyers continue to be active in Scotland, attracted by the softer yields and higher returns on offer when compared to similar investment deals south of the border.

“In Edinburgh, South Korean clients of Roebuck Asset Management completed on the acquisition of Princes Exchange & New Uberior House in Q2 2018 for £71m reflecting 5.81% net initial yield, and in Glasgow, Middle Eastern based clients of Darin & Partners have just completed on the acquisition of 1 Atlantic Quay for £54.8m reflecting 5.21% net initial yield. Q4 should also see further office investment purchases complete to international equity providers, including Tanfield in Edinburgh for around £65m and Esure in Glasgow for approximately £30m.

“To date, 2018 has seen 12 office investment deals totalling £260m transacted in Glasgow, with a further £83m of assets under offer across seven deals. Another strong year for Glasgow office investment sales is expected, surpassing the historic five-year average of £213m, but not quite breaking the £509m recorded across Glasgow city centre and periphery in 2017. A further £51m of office investments across six deals is being actively marketed in Glasgow at present.

“Throughout this year, CBRE has been involved in the office investment sales of Princes Exchange and New Uberior House in Edinburgh, and 100 Bothwell Street, 4 Atlantic Quay and 6 Atlantic Quay in Glasgow, all of which have attracted offers from both UK and international investors.” 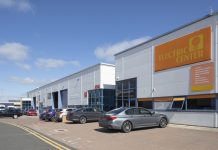 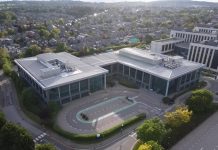