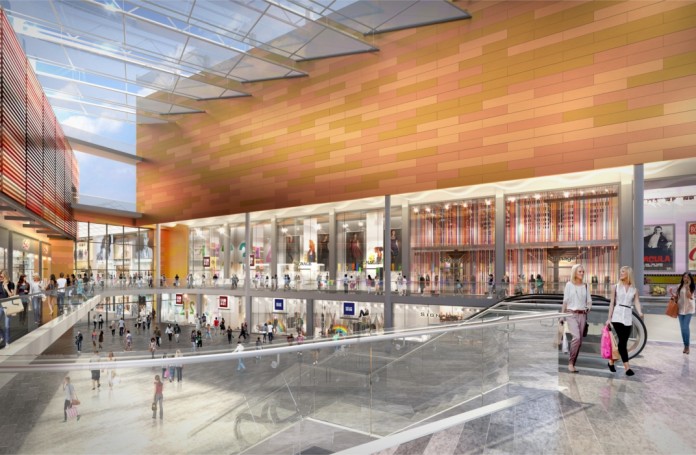 The growth in new European shopping centre space has started to slow, as mature European markets begin to reach the peak of space required, according to the latest research from Cushman & Wakefield.

Over the last two decades, Europe has seen an average of 5.4 million square metres (sq m) of new shopping centre space built every year, but an annual average of just 3.5 million sq m of new space is scheduled to be completed in 2018 and 2019. Established retail markets and a shift towards online shopping have reduced the need for new space across Europe.

Although the need for new shopping centres is falling, ageing stock in the most mature markets presents a significant opportunity for redevelopment. One third of Europe’s shopping centre space was originally built more than 20 years ago.

Silvia Jodlowski, Senior Research Analyst at Cushman & Wakefield, said: “Changing consumer behaviour and the rise of online shopping is set to have an increasing impact in more mature markets, particularly in Western Europe. In developing shopping centre markets in Central and Eastern Europe the requirement for space is increasingly impacted by macroeconomic trends – particularly in Turkey and Russia, where activity has been lower in H1 2018, which contrasts with Poland where a strong economy is driving growth.”

The UK was the most active Western European country in terms of new openings, adding nearly 90,000 sq m of new space in H1 2018, driven mainly by the 69,000 sq m extension of Westfield Shopping Centre in White City, London. However, weaker demand for space, the growth of online retail, high levels of supply, and higher operating costs have curtailed development activity.

Finland had the third highest amount of new shopping centre space in H1 2018, with 69,000 sq m completed. Despite the expected strong growth in new space – with 312,000 sq m in the pipeline for H2 2018/2019 – Finland is still expected to require further space into the early 2020s due to strong population growth and improving purchasing power in Helsinki and other main cities.

Russia also saw a slowdown in the growth of new space, as a subdued consumer backdrop and a lack of credit resulted in less ambitious retailer expansion plans. New shopping centre completions decreased by 7% y-o-y in H1 2018, while the total annual volume of 570,000 sq m of space scheduled to be completed for the full year will be the lowest since 2004. However, the volume of completions is expected to increase in H2 2018 – 2019, with Russia holding Europe’s top spot for shopping centre development over the next 18 months. Approximately 1.9 million sq m of space is currently under construction.

Silvia Jodlowski, Senior Research Analyst at Cushman & Wakefield, added: “Most of Europe has now had over twenty years of continuous shopping centre development – much more in the case of established markets such as the UK, France and Germany. Arguably, most European shopping centre markets are at or near maturity, with net new additions to space likely to slow considerably. As a result, development will focus increasingly on the revitalisation and renewal of existing space, as a growing number of older schemes become obsolete. In fact, over one third of Europe’s shopping centre space is now over twenty years old and, while much of this space has been refurbished and remodelled over time, equally much of it is ripe for redevelopment.”