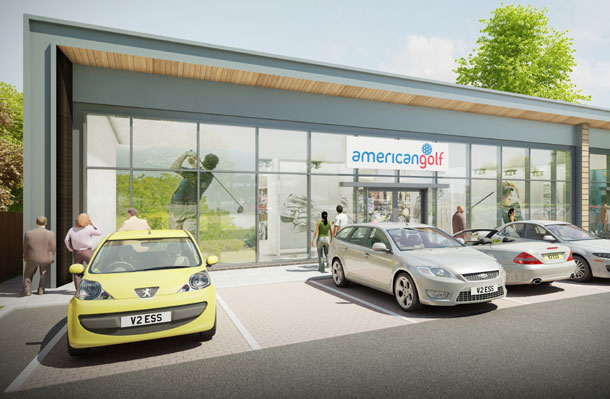 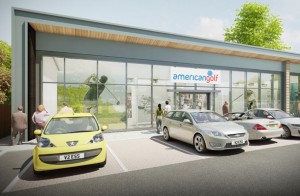 A new retail development being undertaken by Trebor Developments LLP /Hortons’ Estate Limited at Princess Alice Drive in Sutton Coldfield has signed their first retail occupier in American Golf who have agreed terms for a 4,000 sq ft unit on a 15 year term at this prestigious retail park, which will see the site developed for occupation during 2012/13.

The letting to American Golf follows a similar letting Trebor/Hortons undertook with American Golf at Hagley Road Retail Park in 2011 and illustrates the abilities of Trebor/Hortons partners to work closely with retail occupiers to meet their location and occupational needs.

Bob Tattrie, Managing Partner for Trebor Developments, commented:
“We are delighted to have confirmed the agreement of terms with American Golf on a high profile unit at such a popular retail park in Sutton Coldfield, and to be working with them again following the outstanding success of the Hagley Road Retail Park.”

We look forward to bringing forward the development for their occupation in 2013 and we will shortly be announcing further retail lettings at Princess Alice Drive Retail Park to complement the first letting to American Golf.

Gillian Hammond, Head of Marketing, on behalf of American Golf, commented:-
“The addition of Princess Alice Drive to our store portfolio is a significant step in our expansion plans.  Sutton Coldfield had been on our target list for some time and we are delighted to have completed terms on such an important retail park location.”