Data released by leading property consultant CBRE reveals that Scottish commercial real estate achieved a total return of 1.4% in the second quarter of 2018, a slight decline from the 1.7% realised in the first quarter. However office and industrial property have seen improved performances across the period.

Returns for the alternative property sector fell back in line with other commercial sectors in Q2, to 2.2% (down from 4.0% in Q1). This pushed total returns for alternatives behind those for offices (2.4%) and industrials (2.3%), both significant improvements compared to Q1. The weakest performer was retail (0.3% total return) reflecting the turbulence this sector has experienced so far this year.

On an annual basis, the Scottish all property total return was virtually unchanged at 7.1% over the twelve months to the end of June. Due to a relatively stronger period of performance between July 2017 and March 2018, the shifts seen in the retail and alternative property sectors in the second quarter have had only a small impact on annual total returns in these sectors.

Alternatives remain the only sector with double-digit returns over the year (12.7%), well ahead of industrials (8.7%) and offices (8.0%), albeit that the latter two sectors continue to see improvements.

Total returns in Scotland are now very close to the returns being achieved across the UK as a whole, with the main exception being industrials. The unique position of the industrial market in London and the South East of England is fuelling exceptionally strong returns in this part of the UK, due to rates of rental growth well above the long-run average. This has helped to push the UK industrial total return to 20.6% for the twelve months to the end of June, compared to 8.7% for Scottish industrials. However, for retail and offices, there is now only a few basis points difference between annual total returns in Scotland and the UK, with the office sector now just ahead of the UK, for the first time since Q1 2010.

In the last quarter, total returns for offices improved significantly, standing at 2.4% over the quarter, up from 1.6% in Q1. This was the highest single quarter return for Scottish offices in the past three years. Yield movements in the office sector have been sufficient to push capital growth rates higher during the quarter. Office capital values therefore rose by 1.1% in Q2 alone, meaning values are, on average, 2.1% higher than in June 2017. This has been possible despite rental value growth standing at -0.2% for the quarter, acting as a slight drag on overall returns.

At 2.3% for the quarter, industrial total returns, like offices, also improved compared to their performance in Q1 (1.6%). Indeed the drivers of this return in Scottish industrial property is very similar to offices, with a sharp improvement in capital growth. Industrial capital values were up 0.9% over the quarter, after having not grown at all in Q1. On an annualised basis industrial capital values are up 2.7% since June 2017. However, as ever performance does vary significantly by city.

The retail sector has been in the headlines for all the wrong reasons during the year to date. Major chains have begun store closure programmes, whilst others have sought Company Voluntary Arrangements (CVAs) with their landlords. As such, it is unsurprising to see valuations in the retail sector take a hit, regardless of geography. In Scotland, retail was the only sector to see capital values fall (down 1.1% during the quarter). This meant that, on average, across Scotland, capital values were 1.25% lower at the end of June compared to twelve months ago. In contrast rental values have been unscathed, remaining unchanged over both the quarter and the past year. The net effect is that total returns for Scottish retail are on a downward trajectory, whilst other sectors are showing modest improvements.

Aileen Knox, senior director at CBRE, commented on the city level performance: “The trends described at a national level are reflected in the city level data, with retail experiencing performance downgrades since Q1, whilst industrial and office markets have seen marked improvements. Despite this, the relative hierarchy of the Scottish cities has been maintained. In the office sector, returns are strongest in Edinburgh, with an annual total return of 12.1% in the year to the end of June. In contrast, Glasgow takes the top spot for industrial returns which had a 16.2% total return in the past year. The Aberdeen market continues to underperform in comparison to either Edinburgh or Glasgow, however returns for office and industrial here are slowly improving. For instance, Aberdeen offices’ annual total return at the end of Q2 was 4.0%, the highest for three years. Nevertheless, it must be flagged that the composition of this return in Aberdeen is different to elsewhere in Scotland, having a much higher income return element (currently 6.3%), which will be an attractive prospect for some investors.”

A total of £570m of stock was transacted in Scotland during the second quarter of the year, up from £388m achieved in the same quarter in 2017, but down a little on the £676 purchased in Q1 2018. Overall, there has been £1.25bn of spending across Scotland during the first half of the year, a 43% increase compared to the first half of 2017. With over £500m, the office sector has seen more money directed towards it than any other commercial sector. Meanwhile, just over £300m has been spent in both the retail and alternatives sectors.

The retail sector total is boosted by the sale of Fort Kinnaird Retail Park, located on the eastern edge of Edinburgh. M&G Real Estate acquired the park for £167.25m from The Crown Estate. The largest office deal, meanwhile, has been in Aberdeen, with the sale of the Aker campus at Aberdeen International Business Park for £112.5m to LCN Capital Partners.

Steven Newlands, an executive director in CBRE’s Investment team, said: “It is encouraging to see Scotland being considered as an attractive investment location again after the threat of another independence referendum has diminished. This is evidenced by Scottish property returns now being very close to those achieved across the UK as a whole, with office sector returns actually ahead of the UK for the first time in eight years.

“Industrial property hasn’t followed the same pattern as the rest of the UK however the gap is narrowing and we predict that Scotland will eventually catch up on the ‘last mile delivery’ trend being seen in London and the South East given industrial property here offers very good value for money.

“Despite some doom and gloom in the retail sector which has resulted in falling returns, CBRE has been involved in some super prime retail assets deals in both Glasgow’s main retail thoroughfare Buchanan Street and Ford Kinnaird Retail Park in Edinburgh, showing there is still investor demand.” 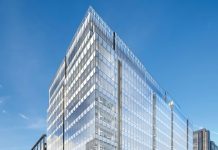 177 Bothwell Street gets smart with global accreditation first for Scotland 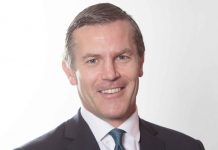 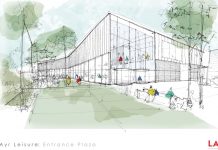