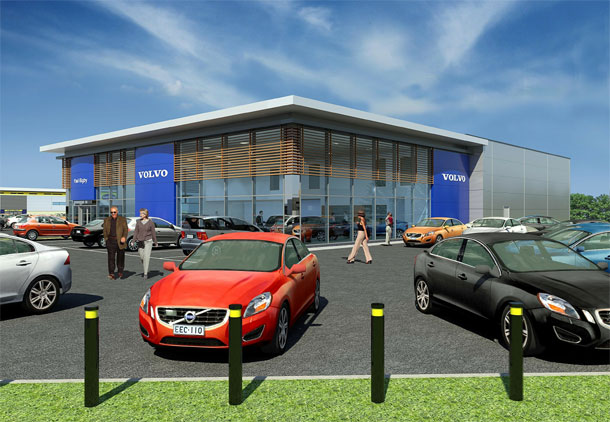 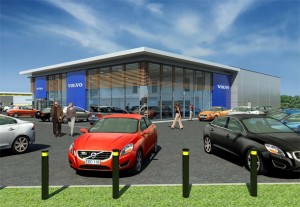 Opus Land has agreed the development of a new £2.5 million car showroom with Volvo at Opus Aspect, its 10-acre mixed-use site at Erdington.

Franchisee, Paul Rigby Volvo, will be moving to the 13,240 sq ft facility – the company’s key central Birmingham dealership – in February 2013: a relocation from its current Rocky Lane, Aston site – accommodation which they have outgrown due to recent expansion.

Volvo has taken a 17-year lease at a rental in excess of £174,000 p.a. on the building, on which Opus will commence construction in September this year.

Volvo is the second new occupier to be attracted by this strategic location close to junction 5 of M6 and only minutes from Birmingham City centre.

Last year, Selco Trade Centres took possession of a purpose-built, warehouse on the Park on a 20-year lease, which Opus Land subsequently sold to Hilltop Properties for a sum in excess of £4 million.

Says Opus Land’s Development Director, Gareth Williams:  “Both Volvo and Selco have chosen Opus Aspect for its strategic location – a key priority for both a car showroom as well as a trade only self select warehouse.

“We are attracting a high degree of interest from a range of operators, both regional and national for the same reason.  Our track record of delivering quality buildings with efficiency and speed have ‘sealed the deal’ in what is still a challenging market.”

Opus Aspect offers a range of additional development opportunities on plots ranging from one to three acres in size and is being developed with the support of the Palmer Capital Development Fund II (PCDF II).  With some £100m of equity to invest over the next three years, this equips Opus with over £50m for immediate investment in new occupier-led development in the West Midlands and beyond.