The manufacturing sector continued to drive take-up of industrial space in Q2 2011 although demand for big sheds fell slightly, according to DTZ Research’s Property Times UK Industrial report, which covers the market for properties over 50,000 sq ft.

Take-up levels fell from 6.9m sq ft in Q1 to 5.6m sq ft in Q2 in response to the unfolding Greek sovereign debt crisis with many occupiers putting decisions on hold. The report revealed that market activity did return towards the end of the quarter as market fears of a disorderly default subsided. A large volume of take-up is expected for Q3 as pent up demand is satisfied.

Favourable exchange rates have improved the competitiveness of UK-based manufacturing and Q2 saw a number of deals driven by business expansion in the sector. As a result, the profile of occupiers changed considerably with fewer large distribution deals taking place and the manufacturing sector accounting for an increasing proportion of demand. During 2010 manufacturing accounted for 21% of take-up, this has increased dramatically during the first half of 2011 with manufacturing driving 39% of letting activity.

Growth in the automotive sector helped to boost demand in both the North East and West Midlands with Nissan and Jaguar Land Rover initiating an expansion of their production facilities.

DTZ’s report also found that speculative development continues to remain limited. The subsequent shortage of grade A space is leading many occupiers to resort to built-to-suit projects, particularly for projects over 100,000 sq ft.

There was little change in rental outlook with industrial rents continuing to lag behind both office and retail property in the rental cycle. However, industrial property is the only sector expected to experience accelerated rental growth over the next five years as the delayed recovery begins. Investment levels also fell during the quarter despite reports of growing interest in industrial property as an asset class as investors begin to target income.

Simon Lloyd, Head of Industrial & Logistics at DTZ, commented: “Enquiry and transaction levels at the beginning of Q2 appeared to have been impacted more by the Bank holidays in that period rather than being reflective of major changes in demand levels for larger buildings. Going forward take-up is likely to be impacted by the increasingly limited amount of grade A buildings available for immediate occupation.”

Leasing activity in the South West continued to be strong with demand largely driven by the retail sector as opposed to manufacturers. Volumes were dominated by Morrison’s in Bridgwater which took 907,000 sq ft in a new build project. Take-up levels are expected to hold firm into Q3 with a number of deals under offer.

Simon Lloyd added: “The shortage of grade A space continues to be the major feature of the market which now only offers build to suit options to companies requiring grade A space. This supply situation will need to be addressed to enable the South West region to regain a competitive advantage over the other regions.” 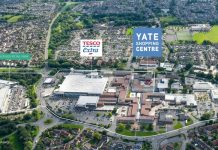 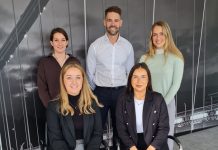 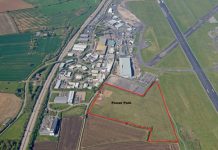 Green light for development at Power Park near Exeter Airport