With the Severn Bridge tolls set to be scrapped by the end of 2018, how is the commercial property market looking in South-East Wales and how might it be affected by the tolls scrap?

This is expected to increase further moving forward, with the scrapping of the Severn Bridge tolls likely to make industrial space on the welsh side of the border more attractive to occupiers; especially businesses located in Bristol and South-West England. The rental prices on offer are far cheaper than those in Bristol and the surrounding area, meaning more and more firms are likely to make the move across the border to reduce costs, with little disruption to business. However, in the short term the lack of a dedicated distribution space of any significant size may reduce activity and Newport, Monmouthshire and Torfaen must all address this lack of supply if they are to benefit from this increased demand.

Considering the offices sector, Newport still lags behind it’s noisy neighbour 15 miles west on the M4; the Cardiff office market experienced record take-up last year largely thanks to its Central Square regeneration. Whilst most notably in Newport, Target continued to expand at Q2 Imperial Park, acquiring 10,000 sq ft. whilst Carpeo also took 26,000 sq ft at Caerleon House Cleppa Park. However, the low level of overall take-up reflects the movements of smaller companies within the market due to the lack of available office space.

The Severn Bridge tolls scrapping could spell good news for the office market however, with average cost per sq ft of office space in Newport around £15 cheaper than Bristol and around £10 cheaper than Cardiff, offering massive savings to firms. Firms relocating from Bristol to Newport should also be able to retain staff; the scrapped tolls saving what would’ve been £1,400 a year for commuters and travel times between the two cities not posing any significant barriers either.

Despite the potential growth afforded to Newport and its economy, the sticking point is the fact that Newport just doesn’t have a readily available supply of good office space. Unfortunately, there is a high percentage of low-quality, older buildings that are not fit for purpose and require investment to develop them to a suitable standard. Like the industrial market, unless suitable accommodation can be offered to potential tenants then we will not be able to benefit from the potential increase in demand. In Newport it would be great to see the former Royal Mail sorting building on Mill Street developed into offices. The plans for this indicate an understanding of current office requirements and would be received favourably by potential occupiers.

In terms of the retail industry; Monmouthshire towns Abergavenny and Monmouth remain some of the regional strongholds in South-East Wales due to their core of independent shops whilst Newport benefits from its Friars Walk shopping centre. Newport city centre requires an uptake of independents to attract people onto the high street and away from the largely national retailers located at friars walk. Failure to achieve this will leave the city fragmented without sufficient draw for shoppers away from the comfort of Friars Walk. Food and beverage continues to be the primary sub-market growth area with discount operators such as Aldi and Lidl continuing to increase their market share. Looking ahead, the scrapping of Severn Bridge tolls is unlikely to have any major impacts on the retail sector with the bigger impacts anticipated in the industrial and office sectors.

Overall, the commercial property market in South-East Wales looks bright, both the industrial and office sectors can take advantage of a projected increase in demand after the Severn Bridge toll scrapping. However, both sectors require investment to capitalise on this increased demand, without doing so it could prove a missed opportunity for regional growth. 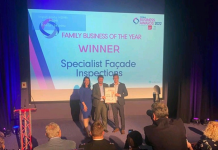