With prices offering up to 85% off RRP combined with pre-Christmas attractions, London Designer Outlet (LDO) in Wembley Park, the capital’s only fashion & lifestyle outlet centre, proved to be a popular retail choice over the three-day Black Friday weekend. As in 2015 and 2016, footfall and revenue increased significantly year-on-year. This represents the 16th consecutive quarter of revenue growth for LDO, heralding it as the UK’s fastest growing outlet centre.

Reflecting the continued interest by foreign tourists in outlet shopping, duty-free sales by international visitors from outside the EU were boosted by +44.4%, YoY, for the October period compared to 2016, itself more than +40%, YoY, ahead of 2015. LDO has proven particularly popular amongst Chinese visitors following investment in cultural awareness and celebrations of holidays such as the Mid-Autumn Festival.

Located at Wembley Park, where owner and developer, Quintain is investing £1m a day, LDO is proving to be a popular destination for family days out. Wembley Park’s free Christmas attraction, Slideatron, opens to the public on 30 November with pre-bookings already in the thousands.

Sue Shepherd, Realm’s Centre Manager for LDO, said: “Once more, our reputation for low prices, high quality, guest service excellence, cultural awareness and great events has encouraged visitors to come to LDO in even greater numbers. We are proud that we have delivered another strong Black Friday weekend performance, welcoming more people than ever before and achieving the highest Black Friday sales in LDO’s four-year history.”

LDO is one of a small number of ‘new wave’ outlet centres that blend retail, f&b, leisure and residential within an urban setting. A premium retail and leisure destination, the centre is home to Kurt Geiger, Vans, Superdry, H&M, Gap, Lee Wrangler, Jack Wills, M&S, Hamleys, Europe’s top Guess outlet (2016 & 2017) and one of Nike’s top three outlet stores in Europe (2015-2017).

In keeping with Wembley’s world-renowned reputation for sports and leisure, LDO is home to Adidas, The North Face, Asics, Nike and Skechers. Twice as many people visit LDO each year than go to Wembley Stadium connected by EE and The SSE Arena, Wembley, combined.

London Designer Outlet has consistently been ranked in the top ten best performing outlets in Europe and was ranked the 2nd best in the UK in 2015 and 2016. Its 265,000 sq ft of retail and leisure space includes 70 outlet stores, restaurants and bars, a nine-screen Cineworld and a large children’s play park. LDO has a proven track record and has consistently out-performed industry average footfall and trading figures since it opened in 2013. In the four calendar years since opening, LDO has increased footfall by almost one million extra guests each year.

LDO is owned by Quintain, as part of its Wembley Park mixed use development, and is managed by Realm, the UK’s largest specialist outlet operator. 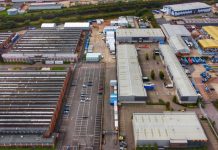 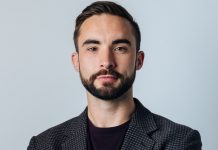 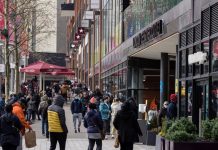