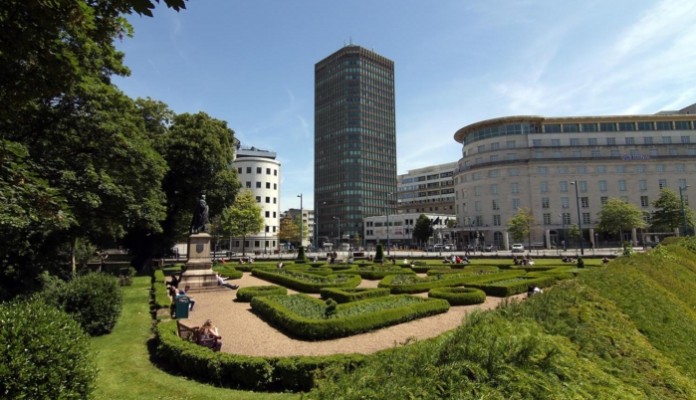 Topland has secured Pageant Media as a new tenant at Capital Tower, Cardiff’s tallest office building, following a multi-million pound refurbishment that has led to a number of new lettings.

Pageant Media has taken a 2,253 sq ft office suit on the 8th floor, as well as two car parking spaces, on a new five-year lease. The firm is a global independent provider of business intelligence and insight, specialising in the financial services sector that have expanded from London.

Philip O’Toole of Pageant Media said: “We are very pleased to have secured new office space at Capital Tower. The central location and quality of refurbishment, particularly the new reception and lifts made it an easy decision.”

John James of joint letting agent Fletcher Morgan added: “Capital Tower is an iconic building occupying a prime location close to Queen Street and all the amenities, bars and retail outlets afforded by the city centre with some fantastic views which has been enhanced by the multi-million pound refurbishment.

“The building has been transformed and Pageant is a welcome addition to other new arrivals which include Robert Half, Recruit 121, Pulse Healthcare and Let MC.”

Mark Sutton, partner at Knight Frank commented: “The refurbishment has delivered a complete upgrade of the entrance, reception area, access barrier system, Milk & Sugar café along with state of the art lift system. The office space now compares to the best in the city”.

Vince Nolan of Nolan Business Associates, who wrote the business plan for Pageant Media, said: “Pageant viewed a number of properties in Cardiff and Bristol but selected Capital Tower because of the quality refurbishment, image and central location.”

With smaller and more flexible spaces available in the Business Centre, Capital Tower can accommodate occupier requirements from 2 to 200 staff.