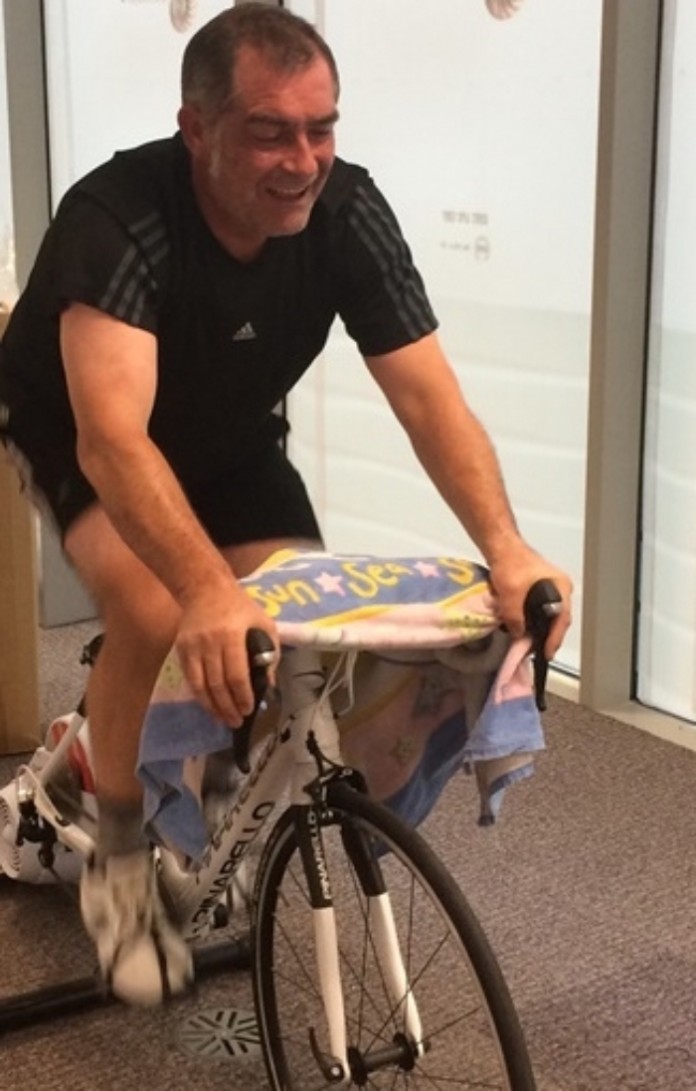 A team of charity fundraisers channeled their inner pedal power to take on a mammoth cycling challenge in aid of Overbury’s chosen charity, Birmingham Children’s Hospital.

Deloitte, the business advisory firm, appointed national fit out and refurbishment specialist Overbury to deliver a major improvement of its Brindleyplace offices in Birmingham, where it has signed a 10-year lease on the property.

Working with architectural practice Perkins + Wills, Overbury’s team has transformed the 60,000 sq ft office into a modern workplace.  This supports Deloitte’s investment in creating new working environments for their people and clients that are inclusive, inviting and inspiring. The spaces enable Deloitte people to choose from a variety of agile working spaces to do their best work.

This project inspired a team of 34 staff and subcontractors to cycle 794 miles to every Deloitte office in the UK, from Aberdeen to Southampton and more than 20 locations in between – without leaving Birmingham. The cyclists followed a virtual route to all of Deloitte’s UK offices and clocked up the distance from the refurbished offices on a static Pinarello bike, donated by Direct Cooling Systems.

The fundraising effort has £1,099 for Birmingham Children’s Hospital – Overbury’s chosen charity this year. It is also part of the company’s commitment to the Considerate Constructors Scheme on the project, which promotes contributions to the local community.

Haydn Whitehead, senior project manager at Overbury, said: “We wanted to come up with something that would bring us together as a team, but mostly something which would benefit the Birmingham community.

“Helping Birmingham Children’s Hospital is a cause we feel passionate about, and by using a static bike it meant everyone could play their part. It was great fun and hard work, but for a great cause, so we urge people to carry on donating.”

Money was also raised through a raffle. A pledge of £2 or higher was rewarded with a ticket to win the £2,000 Pinarello bike. It was won by Birmingham woman Rachel Tustin.