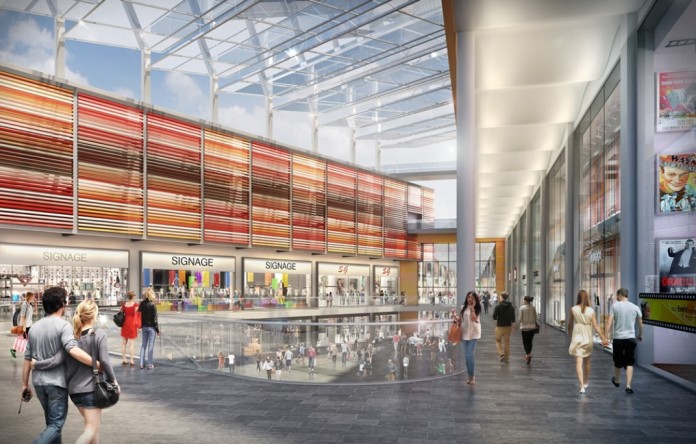 The increasing presence of food and beverage (F&B) options in shopping centres – often accounting for more than 20% of units in new and redeveloped schemes in more mature markets – is being driven by rapid global growth in consumer spending on eating out, according to a new report from Cushman & Wakefield.

With spending on eating out expected to continue growing over the next 10 years, and consumers’ desire to enhance a shopping trip with social and leisure experiences, a compelling F&B offer is now critical to the success of any retail scheme, the report states.

All four global regions examined in the report are forecast to experience growth in F&B expenditure over the next decade, led by Asia Pacific and the Middle East and Africa. Based on data from Oxford Economics, consumer spending by 2027 is forecast to nearly double in the latter (US$182.5bn to US$363.5bn) and more than double in the former (US$1,052bn to US$2,296bn). As such, F&B spend is forecast to grow at an annual average of 7.4% up to 2026 in both regions.

Europe and the Americas, as more mature markets, are not expected to see the same increases in consumer spending but are nonetheless expected to experience healthy F&B annual spending growth of 4.9% and 5.5% respectively.

Within Europe, Turkey will see the largest increase across the region, with an average growth rate of 8.8% in the F&B sector, although this is down on the 9.3% growth recorded over the last four years. The report states that the youthful population and growing economy continues to power the F&B market in the country ahead of the rest of Europe, despite recent political upheaval and security risks. Central and Eastern European markets in particular Romania, Bulgaria and Poland are also set for strong growth in the future.

Spain was the largest F&B market in Europe in 2016, with consumer spending on eating out reaching $133 billion. This was ahead of the larger economies of the UK, Italy, Germany and France.

As spending increases, customer expectation does too. Once-ubiquitous food courts, made up of common seating areas surrounded by fast food outlets, are a dying breed. While mainstream brands – with ability to pay higher rents – still dominate, landlords are recognising the importance of diversity and other concepts, such as the food hall, have evolved, while there is also a move towards creating different zones within shopping centres.

However, Cushman & Wakefield believes there is latent demand for more non-mainstream international food hall market place concepts, which combine restaurants with food and beverage counters and bakeries, along with the sale of cooking-related products and even cookery schools to add ‘edutainment’. Currently, only a handful of truly international players offer such a format and there is scope for more high-quality operators to emerge and enter new markets.

Darren Yates, Head of EMEA Retail Research & Insight, Cushman & Wakefield, said: “The link between shopping and eating is stronger than ever and is evident in the significant growth in F&B outlets in recent years, particularly in shopping centres. We see this trend continuing for the foreseeable future, given that a high-quality F&B offer is now critical to the success of major retail destinations. An increasing number of locations are now incorporating formats which combine the experience of eating and buying food and entertainment, which taps into consumers’ growing interest in food culture.

“While the short to medium-term outlook for the F&B sector is positive, strong recent growth in the sector means competition in some of the more mature markets such as the USA and the UK is intensifying. As a result, weaker operators may struggle if economic growth begins to moderate and consumers rein back on discretionary spending.”