A Coventry construction company has landed a £2.9million contract to build a new state-of-the-art manufacturing facility in Buckinghamshire.

Deeley Construction has been appointed by Leamington-based developer AC Lloyd to create a new 40,000 sq ft complex on land in Princes Risborough.

The property will be occupied by iLECSYS, a multi-disciplined company working predominantly within the electrical control sector. Its main areas of operation include electrical distribution products, rail, hazardous area, engineering and sheet metal fabrication.

Work has just started on-site and the build is scheduled to be completed in February 2018.

Martin Gallagher, managing director of Deeley Construction, said: “We are very pleased to be working with AC Lloyd once again.

“The two companies have developed a very strong relationship and this adds to the range of schemes we have worked on together, which include a bus depot and a college teaching block.”

He added: “There is a train line and woodland nearby but we have put measures in place to ensure we are a considerate neighbour to both of those and there is also a furniture manufacturer nearby and we will ensure that disruption is kept to a minimum for the company.

“Work is now underway on-site and we are looking forward to delivering another successful project for AC Lloyd.”

iLECSYS Group is relocating from its current site in Tring, which has been its home for the last 15 years. A total of 50 members of staff from its head office will be re-locating to the company’s new location in February.

Des Wynne, director at AC Lloyd, said: “Deeley Construction came forward with a great tender and we are delighted to be working with Martin and the team again.

“We know from the work we have done together previously that Deeley meet the very high standards that we set ourselves and I am sure iLECSYS will be extremely pleased with its new base.” 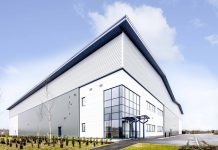 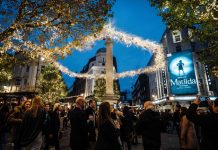