Well-known Lincolnshire motoring family Duckworth’s is putting the finishing touches to its new £7 million-pound dealership – which is opening the door to 14 new jobs.

And Lincoln-based chartered surveyor Banks Long & Co is proud to have played a key role in assisting the business in an expansion which celebrates the return of the Jaguar marque to the area – it is ten years since the last Jaguar franchise operated in Boston.

Banks Long & Co secured the land for the dealership, which is expected to open its doors to the public on February 6.

The company will ultimately be able to accommodate more than 60 staff in Boston.

The business will continue to also trade from its current London Road in Kirton, where it deals in Isuzu.

Managing Director Ben Duckworth said: “Our Jaguar Land Rover Showroom is a standout building in the community with class-leading customer and staff areas, a luxurious, timeless and stylish interior with plenty of space to park when people visit.

“We are proud to be involved in bringing Jaguar back to Boston. This facility allows us to give these models the premium setting they deserve.”

Head of Business for Duckworth Jaguar Land Rover Boston Andrew Shaw said: “This has been a massive investment for the forward-thinking Duckworth family, and we are all delighted to welcome Jaguar back to Boston, it is such an iconic British brand. We are pleased to support the local community by offering further employment opportunities.

“The interest has been overwhelming and we have now employed additional people with exceptional skills, who are currently training to fulfil their potential and to offer the levels of service expected by the brands and our customers.”

Duckworth was initially established in 1962 as James Duckworth and Son, specializing in repairs to Land Rover vehicles. The business moved to its current site in Market Rasen in 1980 and become a full Land Rover retailer.

The family firm is also spending £2m on expanding its site in Market Rasen.

Its initial expansion into Boston happened in 2007 when Ben Duckworth took over Parkside Land Rover at its old site in London Road, Kirton. In 2015 Martin Duckworth Limited celebrated 35 years as a Land Rover retailer. The investment in Boston is a vision for the family which has worked closely with Jaguar Land Rover to build its new facility. 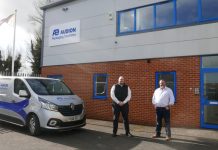 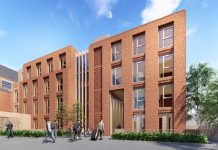 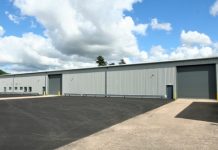