Investment in Scottish commercial property held up in 2016 despite an unpredictable 12 months, according to figures released by Knight Frank.

Across all sectors, including offices, hotels, retail outlets, student accommodation, and industrial units, investors spent £1.78 billion last year, down 12% on 2015’s £2.01 billion, but above the 10-year average of £1.72 billion.

Edinburgh registered a particularly strong year for investment levels, with £1.190 billion transacted across all sectors – 92.5% and 138% up on last year and the decade average, respectively. Glasgow saw a more muted 12 months, with transaction volumes at £280 million, down 59% on last year and 43% on the ten-year average.  Aberdeen has seen a huge drop in transaction volumes over the last two years from over £600 million in 2014, down to £111 million in 2015 and only £55 million last year. This is measured against a 10 year average of £159 million.

The story was similar in the office market, where Edinburgh outperformed the decade average by 80% at £446 million, helped along by some major deals, such as the £105 million sale of Atria to a German property fund. Glasgow, meanwhile, was down 46% at £109 million.

Investment volumes in offices across the country were 10% lower than the ten-year average at £606 million, influenced in part by the effects of the prolonged low oil price on Aberdeen, where volumes have collapsed from £500 million in 2014 to only £30 million last year.

Alasdair Steele, Head of Scotland Commercial at Knight Frank, said: “Overall, the Scottish commercial property market remained resilient, despite an unstable 12 months. Edinburgh has seen a raft of new entrants, proving particularly popular with investors from Europe and further afield – a trend we’d expect to carry on in 2017.

“The low oil price has continued to take its toll in the North East, with few deals going through in 2016. However, with crude prices making a recovery, albeit still well short of 2014’s highs, conditions could improve in the year ahead. The industrial market also had a quiet year, but we’d expect some of the new generation of warehouses to do well in the next 12 months, as they prove increasingly attractive by offering yield and security of income.

“Across the country, political uncertainty has influenced investment levels over the last year. However, there’s a general feeling beginning to emerge that Scotland offers good value and strong fundamentals – an attractive proposition for investors seeking solid returns at an especially turbulent time. We’d hope to see that reflected in transaction volumes picking up in 2017, provided the political climate remains stable.”

John Rae, Capital Markets Partner and Head of Knight Frank’s Glasgow office, added: “The last 12 months have been challenging for Glasgow, but we’re cautiously confident about the year ahead. The usual chain of events suggests that some of the city’s top assets could come up for sale soon, as they approach full occupancy.

“We’d also expect to see alternative property investments, such as student accommodation, and hotels, changing hands – they offer stable, long income, making them ideal as a defensive stock in times of uncertainty. Several new hotels opened in 2016 in both Edinburgh and Glasgow, and occupancy in both cities has been robust – more are likely to follow in 2017.” 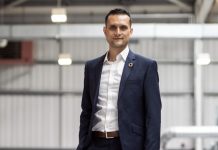 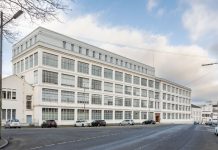